You’ve seen the numbers on the decline in the number of working journalists in our nation’s newspapers. I’ve been writing about them for a decade.

Now, I’m going to tell you some of the stuff behind the numbers.

I’m a public relations professional and a media relations specialist. (No, those aren’t the same thing.) I work with media all over the United States, and beyond. Dailies. Weeklies. Dailies that have turned into weeklies. TV stations. Radio. Trade magazines. Industry blogs. News web sites by the hundreds.

It gives me an overview that few others have. Reporters tell me stuff, and I listen. They call me when it’s a slow day and they’re trolling for a story idea. Or when they’ve just been cut loose and they’re looking for work. They call to ask me to send them releases for their new startup when they’re trying to eke out a living on their own. 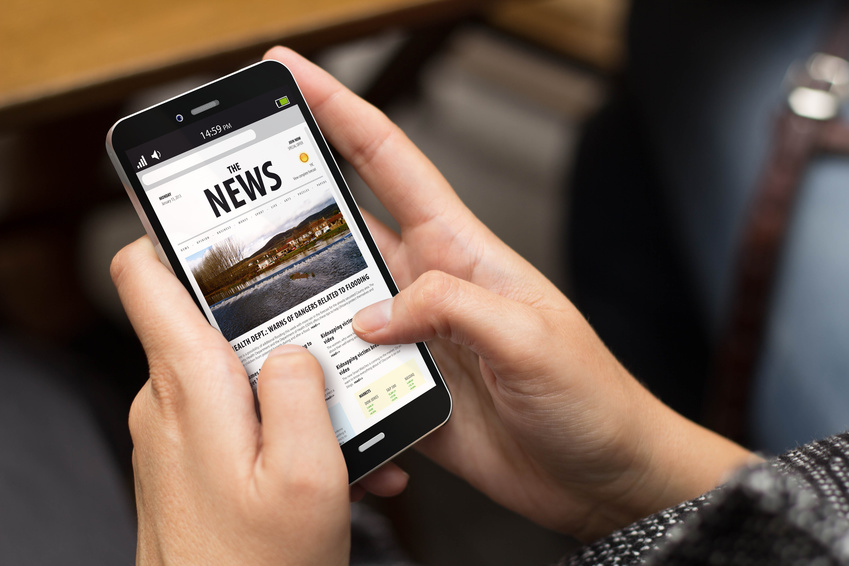 For most of my career, daily newspapers in cities of 100,000 or more all had respectable staffs of experienced business reporters who had studied, worked and gained the experience to become experts in what they covered. The business editor, and often an assistant, would supervise a staff that might include a real estate writer or two (one for commercial, one for residential) and several other beats, including technology, banking and maybe even entrepreneurship. Many of these had degrees (or at least minors) in the topics they covered.

You’d find a strong staff of political reporters too. They’d specialize in a certain area, such as city or state government. They knew the people, the relationships, and the history.

Now, beat reporters are an endangered species. The reporters who used to concentrate in specific areas have been pushed out, because they tended to be the more experienced and higher salaried writers. The newspapers have then turned around and hired recent college graduates who will work for low salaries. These tend to be lumped into one pool of “general assignment” content producers (a title that is fast replacing “reporters”). All ideas for content (not stories) are routed through a central point, which often controls news to two or more newspapers.

Many of the newsrooms have been relocated. The newspaper staffs have been shunted off to cheaper real estate, where they have lockers instead of desks, and are sometimes expected to provide their own computers. Instead of working for just one newspaper, many now work for several, as owners of multiple papers have centralized staffs for three and four newspapers. We have people writing stories — er, producing content — for cities where they don’t live and rarely visit.

You have to know how to tweet, edit video, and optimize SEO. Oh, and if you can write, that’s good too.
If you search the job openings for the major media companies like Advance, McClatchy, Tribune or Gannett, you’ll find relative few that actually are looking for a “reporter.” In the listings for those jobs, most still want someone with a journalism degree, but that’s just one line of the description. Here are some others I found, cut and pasted from the postings:

A content producer may be writing about business, politics and crime all in the same day, or even the same week. He or she rarely gets out of the building (there’s no time for that now), unless the newspaper wants pictures or video for its web site. In that case, it’s usually shot by the reporter on his or her own phone.

Printing is a sideline now and is often farmed out. The Birmingham News is printed in Atlanta, for example.

What does all this mean for folks who are writing press releases and hoping to get them in the local paper? It means you have to go about it in an entirely different way. Blasting out an email to all the media in the state rarely works any more. Simply calling that lady you met at a meeting two years ago probably won’t work either, because she may not even work there now. Talking about how much you’ve spent on advertising works only with community weeklies. Historically, public relations professionals have relied on expensive database services that provide contact and beat information on media, but they just can’t keep up, and the services are no longer reliable for local media.

Despite that, I’m still getting coverage for my clients, but I’m going about it in an entirely different way. (I’m not going to go into detail about that, because it’s a service I sell to clients. Sorry about that.) But here are some ways of going about it that I’m willing to share. It has to be more personal, and the pitch has to be completely different. The editor doesn’t care if it’s important. Here’s what’ll sell your story now:

You may not like hearing this, and I don’t like telling it. But that’s the world I live in now. We adapt or die.