Jack has terrible social skills and has trouble making friends. He’d like to have more. But he’s just lousy at it. He starts every conversation by barking at the one across from him.

I should mention, Jack’s my hound. And despite his lack of emotional intelligence, there’s a lesson we can learn from him. When he sees another dog coming toward him, he leaps ahead and launches a vicious verbal attack. But I’ve found that he’ll usually get along fine with a dog if the owner is walking in the same direction. Dogs are pack animals. They love to roam and explore. And something in their genes makes them want to do it with companions. 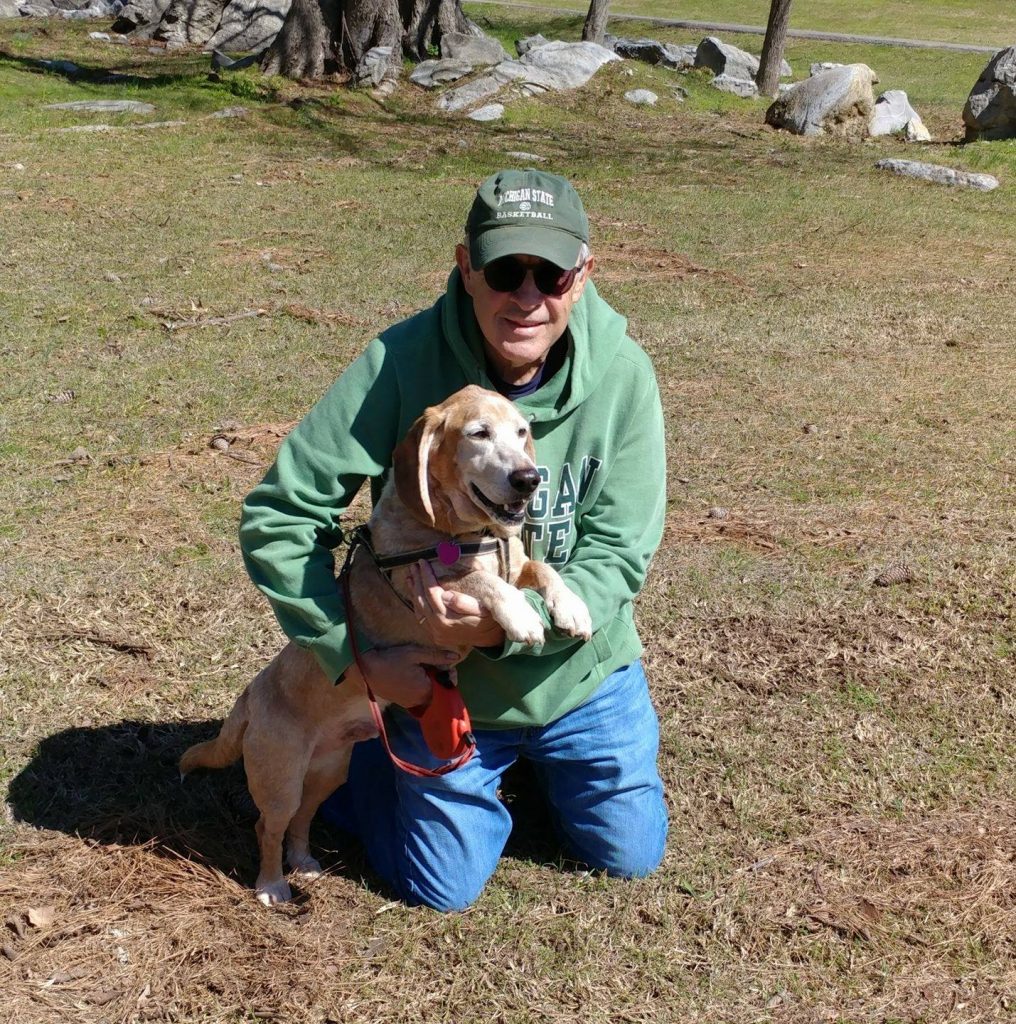 People aren’t much different, really. When we find ourselves going head to head with someone, we go on high alert. We marshal our facts and logic, setting out to win the day by sheer force. The game is on, and we intend to win.

The problem is that the other person is doing the same thing, and you face a serious challenge.  You’re trying to make something good happen — something that would be good for the other person. But you just aren’t getting through.

You’ve exchanged emails full of rational arguments. You’ve had heated phone conversations. Maybe you’ve taken shots at each other on Twitter or through the media. And now, you’re running out of time, because if you don’t have a breakthrough soon, you’re going to face a bad situation. You may lose your budget, or a big sale, or even your job. Your program may not be implemented.

Not walk away. Walk together.

You don’t have to take a literal walk (though it’s not the worst idea). There’s something about being side by side, moving in the same direction, that takes the edge off of things. That’s why I always try to sit on the same side of the table with someone who’s likely to oppose what I’m trying to do. The head-to-head format is a powerful metaphor that will dominate our efforts to form a relationship and find an area of agreement.

This dovetails nicely with a concept I first learned from the book, Getting to Yes: Negotiating Agreement Without Giving In, by Roger Fisher and William Ury. Their first rule: Separate the people from the problem. The second is to focus on interests rather than positions. It helps to remember that we’re dealing with people, and not with machines.

It’s difficult to overstate the power of this concept, because our first instinct is always to separate our friends from our enemies. Enemies argue and fight. Friends talk and explore. And more often than not, it turns out that our interests are compatible. Sting captured this nicely in his 1985 song, Russians, during the later years of the Cold War:

But what might save us, me and you,
Is if the Russians love their children too.

If we could all just get into the habit of focusing on our common interests instead of our stated positions, we’d find some things on which we agree. Then maybe we can walk the same way, even if just for a bit. It could even become a habit.