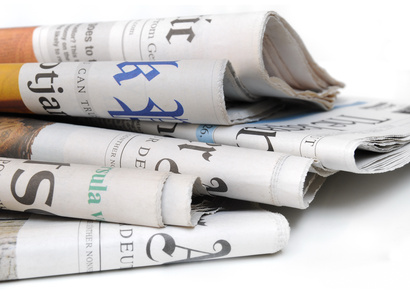 One headline on my favorite financial news site screamed, “Market has hit a ‘V’ Bottom – Bulls are Back!” The same day, another headline declared that “This market rally is for suckers.” You can see the same on any given day.

That amuses me, because unlike most things we try to track, we can look back at the stock market and see exactly when it hit a top, or bottom. Yet, experts have trouble knowing if we’re even in a bull or bear market.

But that seems like child’s play compared to keeping track of changes in the way people get their information. Who influences their buying decisions? Do we double down on our print advertising or spend the whole budget on web portals and Facebook ads? Do we still need live auctions, or do bidders prefer to bid online? Should our web site dazzle visitors or provide nuts-and-bolts information on sales and assets?

It can give you a headache. But we have no choice, because people pay us to promote and conduct their auctions, and we have to reach bidders and get them to the auction.

In the last few years, we’ve talked endlessly about changes in how we access information. We try to reduce it to simple formulas like “newspapers are dead – everything’s web-based now,” but that never works. Print media are in decline, but the organizations that print them still create most of the news content we see on the web. (Then we see that C-Net just rolled out a fancy printed magazine. Are they seeing something the rest of us are missing? They nearly always are.) Laptops were going to replace desktops, then tablets were going to replace laptops. Now, industry watchers like IDC and Gartner Group report that desktop sales are holding up nicely. But tablet sales have stalled, and we’re seeing a surge in “convertible” laptops that either fold over backwards or have detachable screens that double as tablets. The picture couldn’t be more fuzzy.

While we can’t predict the future, we can at least adapt to what we see in the marketplace now. And in that regard, one thing is clear: The world isn’t going to settle on one way of consuming information anytime soon. That means “responsive design” – something you’ve heard a lot about but may not really understand yet – will be mandatory for your web site. Until recently, it was enough to have a mobile version that would identify the browser and render a more mobile-friendly version. But in the future, that won’t be enough, because mobile versions are still one-size-fits-all while “mobile” devices are all over the map. Responsive design enables your site to adapt so that it looks good and works properly on a 27-inch desktop screen, a 10-inch tablet held horizontally or a four-inch smartphone held vertically.

As we look at all these changes, it’s easy to forget about our “legacy” media – the dull, old stuff like newspapers, television and radio. Yet, we have to understand changes occurring in these media to do the best possible job of promoting our auctions. You can’t get through any media conversation without talking about the decline of newspapers, but they’re far from dead, and older readers are loyal. This matters, because these older readers are also some of our best bidders.

We may also see some major changes in television, as the old “Cable TV” model comes under pressure from “unpluggers” who have dropped cable, and from content providers like HBO who are beginning to offer subscriptions directly over the Internet. This could be important to auctioneers who have used cable advertising as an inexpensive way to reach local audiences with TV commercials. Finally, radio may be starting to give way to podcasting, which allows listeners to select what they listening to just as the DVR freed us from the local television schedules.

Of all these trends, we have to figure out which are the major waves, which are ripples and which are scattered droplets. Then we have to act on those in a way that gets us the best bang for our media buck.

That’s not nearly as easy as it looks, but there’s no way around it. The important thing is to accept that you can’t always tell the difference, and to be willing to adapt when things don’t go the way you had them scripted out. They never do. But adapters survive, and survivors adapt.