Just because I love you, I’m giving you chocolates. A box of 100 truffles, to be precise. And I’ll give you more if you like them.

There’s only one catch. In every box, I’ll inject one truffle with a drug that will either make you vomit, give you a fever, or addict you to a drug. You’ll never know which truffle has the poison, or which poison it is.

This is pretty much the bargain we have all struck with Facebook. (Twitter too, but let’s be honest. Facebook has taken over, and there’s just little point in continuing to give the two equal billing.)

The mainstream media finally discovered fake news in recent months, and they’ve been flooding us with stories about it. We have some guides to what is legit and what is phony, but some of these combine both complete fakes and partisan sites, which just muddies the water. We have some cool tech tools for spotting fake stories, but they’ll never keep up with the fraudulent stuff.

Plus, the coverage of fake news is just looking at the tip of the iceberg — the sharing of clickbait fake stories on social media sites. The fraud goes far deeper and wider than that. We’re seeing fake advertising scams fed that are funneling millions away from legitimate news sites, and putting the ads instead on phony lookalike sites that nobody actually looks at. The crooks provide fake statistics using bogus Internet users. (Have you noticed an uptick in the number of friend requests you’re getting from accounts that only have one photo and no friends that overlap with your own friend list? I can’t prove it, but I suspect that many of these are part of the scheme to create fake traffic to steal people’s advertising dollars.)

So here we are, in a world where fake sites are stealing traffic from legitimate ones, where crooks are stealing ad dollars, and where bogus news is so pervasive that we stop trusting everything. In the old days, public relations professionals talked about the dangers of corrupting the channels of communication, but we dropped that language, probably because it was deemed negative. Now we talk about promoting the “free flow of information,” which feels better, but it doesn’t really paint a picture of the danger, does it?

As a source of news, Facebook is hopelessly corrupted. Keep getting your news there and you’ll certainly be eating some poisoned truffles.

We’re a long way from solving this problem, and I don’t know what that solution will look like. Meanwhile, I’m doing the one thing I can do as an individual: I’m swearing off the tainted truffles where they actually appear — on Facebook. I’ll get my news from sources I trust, and I will go directly to them. (I’m not going to get into the business of arbitrating which of the many legitimate commercial news media are worthy of your time and financial support. Locally, I always am quick to encourage support of user-supported quality news, notably from NPR’s WBHM and the more recent project, BirminghamWatch. But many others are worthy of your attention and money.)

Even without the fake news problem, our dependence on Facebook as a news source has enabled a horrendous addiction of the news media to the social network. Desperate for readers, news media will do whatever Mark Zuckerburg dictates, and his current deal forces them to host their content on Facebook at the expense of their own sites. This gives the media pennies where they should be getting dollars. At some level, this almost resembles the old racket were the mob drives traffic away from the store, then starts bleeding the storekeeper dry with its loan shark operations. 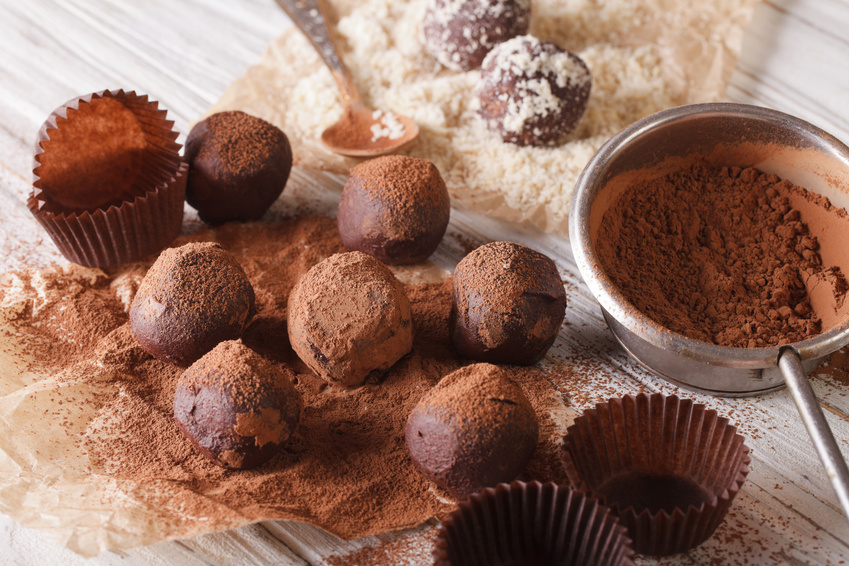 It should be obvious at a glance why this is unhealthy — even apart from the corruption introduced by fake news from lookalike sites operated from other parts of the globe. It diverts the money that would otherwise pay the people who create real news, and as a result, we’ve lost about half our print journalists in the past six or seven years. When the money disappears, the profession goes with it.

Beyond that, it poisons us as surely as my tainted truffles would make you sick. We are reaching into the box for something good. And even if we accept Zuckerburg’s assertion that more than 99% of the truffles are OK, we’re going to get sick now and then. And what happens then?

I can’t do much. But I can refuse to click any news link from Facebook, and I am doing that. If I see a story that looks interesting, I may navigate directly to that site and check it. But by doing this, I’ll know where I’m going. It’s only fair that I also stop supplying the truffles, so until things change, I won’t be posting links to news stories. I may occasionally mention something interesting and tell you where I found it, but you’ll have to find it the hard way — by typing it in.

It’s extreme medicine, I guess. But it beats taking my chances with truffles.