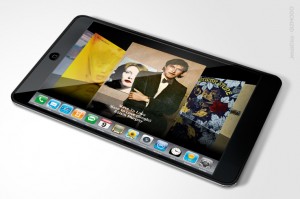 One question we’ve all had from the first news of the iPad is whether tablets will replace desktops, laptops, print and television as a way to get news. The answer seems to be yes, according to a new study from the Pew Research Center (collaborating with The Economist Group). The study — conducted during the summer and early fall — found that 79% are using their tablets for news that they used to get from a desktop or laptop. Another 59% are using their tablets for news they previously got from a print newspaper or magazine, and 57% are using them for news they previously got on television.

I’ve been a tablet skeptic from the start, but the stats reveal a very encouraging sign: Tablet users appear to be spending more time getting news, turning to new sources of information and reading more in-depth articles regularly.

The new findings show that 53% of tablet owners consume news daily, 30% spend more time getting news than they did before buying their tablet, and 42 read in-depth articles regularly.

Some of this may just be a matter of demographics: Tablet owners are generally middle-age, higher-income people who follow the news more closely and frequently than the general population, according to Pew.

Still, it’s encouraging that tablet users have a strong preference for reading and listening to news rather than watching it on TV. The researchers found that 71% of tablet users prefer reading and listening, compared to 45% of all U.S. adults. As a frequent critic of TV news, which focuses on the moment-by-moment ripples and too often fails to provide a meaningful context for the news, I can’t help regarding this as good news.

Another major factor is that tablet users are going straight to specific news sources rather than relying on aggregators like Google News. That could pave the way to new advertising revenues, though only 21% of the respondents said they were willing to spend $5 a month if it were the only way to access their favorite news source on the tablet. A huge majority of those installing news apps — 83% — say that being free or low cost was a major factor in their decision to download them.

One finding runs counter to the trend of making news a “shared experience” — tablet users seem to be more solitary, sharing news less than those who get it on other platforms. Even among 18-29 year olds, only 19% regularly share news they read on a tablet.