This time of year, a lot of us are evaluating what we did in the past few months and looking for ways to accomplish more in 2012. This article, which I wrote for the spring edition of the Georgia Auctioneers Association newsletter, suggests ways to get more for your marketing dollar. I figured it might be timely at the moment. While this was aimed at auctioneers, the principles apply to any business. – Carl 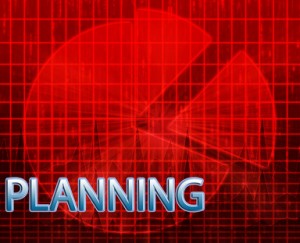 Nearly every auctioneer I talk to these days tells me that while things are improving, it’s still hard to get sellers to commit to an auction. And cash-strapped sellers are more reluctant than ever to fund a substantial auction budget in advance. So when you sign up a sale, it’s critical that you make the most of it and spend your money wisely.

That means it’s more important than ever to know where your prospective bidders are and how you can cost-effectively reach them. My firm conducted a survey of auctioneers’ use of media earlier this year and found that 64% “rarely” or “never” have a budget of more than $10,000. In fact, 40% often have budgets of less than $1,000. So the old saying, “waste not, want not” applies in spades.

To help, here’s a roundup of the latest trends on where people are going for information. By watching these trends, you at least have a chance of identifying ways to “meet them there” and better promote your upcoming auctions:

Newspapers. The well-publicized flight from print newspapers continues, and almost 4 in 10 recently told Pew Research pollsters that losing their daily newspaper would have no impact on their lives. For every age group under 50, 24% or fewer now read a print newspaper. Below age 40, it drops to 15% or less.

“But,” we reassure ourselves, “we sell more to older people who are still reading the print newspaper.” This is true to an extent, but the fastest shrinking print audience consists of those who are 65 and over. Still, it’s true that about 31% still read a print newspaper, so it’s worth allocating part of your budget where possible. But what about the rest? Where are they going?

Search engines. For one American in three, the daily search for news begins with a Google search. This means it’s a good idea to do anything you can to get in front of those folks, including search engine advertising (e.g., Google Adwords).

Many auctioneers are seeking to reach this audience by buying listings or banners on some of the many web portals that have high Google rankings. This doesn’t get you on Google directly, but it can put you one or two clicks away. And you can buy a listing on many portals for $25 or $50, though banners with premium placement can run hundreds of dollars. Nearly 7 auctioneers in 10 said in my survey that they were buying more portals than a year ago. And on tight budgets, that’s not surprising, given the low cost of admission.

Handsets. Among those who own mobile devices, 42% said they use them to get weather and at least some local news, while 37% get information about restaurants and other businesses.  So how do we reach this vast, growing market? The answers are anything but simple. Email marketing is one option, given the huge number of people who access their email via iPhone, Android and Blackberry.  But email is waning as an online advertising tool, shrinking an estimated 18% in during 2010, according to Pew. If you use email marketing, do yourself a favor and make sure you comply fully with the Can-Spam Act, which has strict rules for who you can assume has given you permission to send them email.

Social Media. It’s no secret that a majority of Americans are now on Facebook and/or Twitter, and 60% of the auctioneers who responded to the NewMediaRules survey said they’re using more Social Media than they were a year ago. The natural question is, “what does it mean to use Social Media,” and that’s a question that goes far beyond the scope of this article. I suspect that for most, the use consists primarily of posting to their Facebook pages, with a much smaller number using Twitter. (Ironically, Twitter offers far more potential for reaching larger numbers of people, but you have to know how.) Now, Facebook has begun selling advertising based on expressed interest, so you can pay a specified amount for each person who clicks through to your web site. But folks who’ve looked into this more deeply than I have tell me that the prices can be steep, so make sure you understand what you’re getting into.

Oh yes, and one other thing: Even today, nothing beats a good sign, so don’t scrimp on signage!