CANYON, Texas (May 15, 2015) — As the vice president of the National Auctioneers Association, Canyon’s Spanky Assiter has had one of the most demanding jobs in the industry. Now, the real work begins, as he accepts the gavel as president of the world’s largest organization of auctioneers. 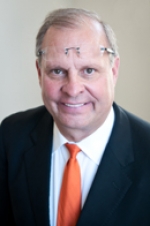 “Sometimes I joke about how I must have been crazy to take on such a challenge, when I have a business to run here in Amarillo. But the industry has been so good to me, it was time to give back,” said Assiter, founder of Assiter Auctioneers. “Fortunately, we have a great team at the company so that things don’t suffer when I have to leave town for a few days,” he said.

The numerous board and committee meetings, speaking engagements and other responsibilities of the vice president are just a warmup for the job he’ll take on in July as president. But Assiter says he’s looking forward to the challenge, and pleased to be taking office in his home state.

“The Texas Auctioneers Association is hosting our annual Conference and Show this year, so that’ll be exciting. We’ll really be rolling out the red carpet for our colleagues from all over the world,” he said.

Meanwhile, back in Amarillo, Assiter and his staff are busy lining up consignments for the upcoming Canyon Heavy Equipment and Vehicles auction on June 4, as well as business liquidations, homes and ranches.

“The Heavy Equipment event has taken on a life of its own and has become perhaps the go-to marketplace in this area for the sale and purchase of construction and farm equipment, trucks and other items. We have equipment from the City of Amarillo, XCEL Energy and the U.S. Bankruptcy Court, as well as many others. Consigners need to go ahead and let us know what they want to include,” said Assiter.

Individuals interested in additional information may visit www.assiter.com or call 806-655-3900.