In 1982, futurist John Naisbitt was about the biggest star in the world of business publishing. His book, Megatrends, provided a startling look at the big forces on the horizon. As time passed and we looked back, we could see that his projections were startling in their accuracy — especially considering that he wrote the book a couple of years before home PCs became feasible, and a dozen years before the web.

His secret? Naisbitt understood that the factors that really shape our lives never start at the centers of power and influence. He adapted a technique developed by U.S. intelligence after World War II — collecting, analyzing and cataloguing newspaper clippings for clues as to what was happening outside the obvious. Not the big newspapers, but the small, far-flung ones from communities where nobody ever thought to look. 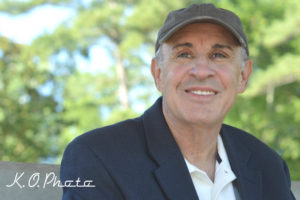 Today, our media may have changed, but the principle remains true. The closer we are to the centers of power, influence and authority, the less we’re apt to know about the future.

It’s a lesson we never seem to grasp. I’ve seen organizations decline and fail because they believed too much of what they saw around them and too little of what bubbled up from the grassroots and hinterlands. I first became aware of it in the late 1970s, when I was sent out to cover a conservative insurance agent named Albert Lee Smith Jr., who was making his second try at unseating long-term Congressman John Buchanan.

Like most people, I never gave Smith a chance. His speeches were an awkward hodgepodge of disconnected quotes from Dante, Gibbon and other people whose books I’m sure he’d never opened. Besides, Buchanan had thumped him pretty badly in the 1978 race. “Nothing to see here,” I figured. Just like a lot of other people. I thought that right up to the night when Smith trounced Buchanan by 10 points.

How could I miss something so big? Because I was spending time around people who thought and talked like I did. What I didn’t see were the thousands of people who had been meeting in small groups in homes across the district. They didn’t invite reporters to those garden club gatherings. And when any of them did speak out, we discounted them as crackpots, because we could plainly see that they just didn’t get the big picture. It turned out that they were seeing the picture quite well. They made up the largely unseen tidal wave that swept Ronald Reagan into power in 1980.

In the years since, I’ve seen the same dynamic many times, causing crippling labor strikes, and toppling world leaders. I’ve seen massive companies ignore the evidence of deteriorating market share, believing that customers could never be so clueless as to select the products of competitors. In hindsight, most of us would agree that this tendency at least partly explains the 2016 election.

Novelist and scientist Isaac Asimov saw it too, and this notion was at the core of psychohistorian Hari Seldon’s uncannily accurate predictions. (OK, I just went full-on geek on you. Just ignore this paragraph and move on.)

I’ve seen it up close, too. When I was managing employee publications for a company with 90,000 employees, we would hear concerns trickling in from our home-garaged pole climbers and service operators. Our answer was always to step closer to the microphone. Obviously, we told ourselves, they just aren’t hearing us. We need more volume. Crank it up!

In truth, we weren’t hearing them. We were listening to the staff guys in expensive suits and ties, who told us what we wanted to hear. And they were there in our world headquarters. They knew more. They got it. We overlooked that they were also bucking for promotions and weren’t looking to make waves.

Time and again, this attitude bit us. Our benefit plans snagged because we discounted malcontents who complained they didn’t understand the rules. Even worse, we started losing customers when we discounted what our service employees relayed back to us about problems that weren’t measured in our tracking systems. (To be honest, those systems were designed to ensure that we always heard that everybody was happy with everything.)

How do we avoid this trap? Surveys help, if they’re truly random and well designed. Focus groups can give us clues, especially if can convince people we’re not just looking to find malcontents to shoot. Sometimes, we just need to get out of the office, put on blue jeans and hang out with our constituents, voters or line employees until they believe we’re serious about hearing from them.