Every group — be it a church, country club, business or political party — has its notions that either don’t hold up well to public scrutiny or are so far out of the mainstream they’re best kept out of sight. Presbyterians downplay their belief in Predestination – the idea that God decides who’s going to Heaven and Hell before we’re even born. Private country clubs don’t call attention to the fact that many don’t allow Jews, blacks or women to join. The list could go on forever. As long as they keep it out of sight, everything’s fine.

I suspect we all have things we say to our trusted friends but otherwise keep to ourselves. That’s not dishonesty or lack of candor. It’s just good sense.

When otherwise private people move into the public limelight, they’re prone to slip and display these jewels to a public that will never understand and accept them. That’s what happened this week to Rand Paul, the Republican Senate candidate and Libertarian theorist who apparently has spent too much time talking to people who think the way he does. 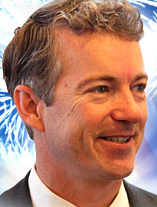 In a series of interviews — including a grueling 20-minute showdown with liberal MSNBC anchor Rachel Maddow — Paul let it slip that he disapproved of the provision in the Civil Rights Bill of 1964 that forbids race discrimination by private businesses. As a Libertarian, Paul pointed out that he doesn’t want government telling private businesses what they can and can’t do, so he disapproved that part of the bill. Battle cries and red flags were raised throughout the world to the left of Paul (which means, nearly all of it), and within 24 hours Paul flipflopped and said he’d have supported the bill. But the damage was done.

Theorists, corporate CEOs and radicals all struggle with the challenge of how to talk in a way that keeps their more unacceptable private ideas out of sight. This happens especially when corporate executives are forced into the public limelight by an event such as an oil spill, a strike or appointment to public office.

BP CEO Tony Hayward stepped into this pile of doodoo recently when he dropped this gem: “The Gulf of Mexico is a very big ocean. The amount of volume of oil and dispersant we are putting into it is tiny in relation to the total water volume.”

Fundamentalist pastor Jerry Falwell created his own variation of the mess in March 1980 when, as president of Moral Majority, he described a meeting with President Carter in which he supposedly confronted the President about his support for gay rights. Others in the meeting — including the president of the Southern Baptist Convention — said quickly that the conversation never took place, and Falwell admitted to me the next day in an interview that he’d just learned a hard lesson: that in the political arena, you can’t expect get away with telling great stories that just don’t happen to be true. (I asked if he’d just admitted that politicians have a higher standard of truthfulness than preachers and he just chuckled.)

Even the normally gaffe-free Barack Obama fell into this trap during the 2008 campaign, when he was talking to the Democratic faithful but forgot the rest of the world was listening in. His comment that “they cling to guns or religion or antipathy to people who aren’t like them” reflected his own views — and those of the people in the room. But they likely cost him a lot of votes.

There are a lot of lessons for communications professionals in these painful examples, but for this entry, let’s boil it down to two: