TEXARKANA, Arkansas (June 12, 2015) — Queen’s Plantation, one of the nation’s largest and best known locations for duck and deer hunting, will sell at absolute auction Thursday, July 23.  Wilson Real Estate Auctioneers Inc. will conduct the auction, in cooperation with Assiter Auctioneers. 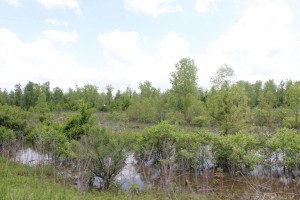 “This plantation covers nine square miles and has long been a coveted destination for hunters and fishermen, with a canal and drainage infrastructure that allows the owners to flood thousands of acres to accommodate the large populations of ducks for which it is known,” said Joe Wilson, president of Wilson Real Estate Auctioneers Inc.

During hunting season, the land has populations of 20,000-40,000 ducks, with 2,600 to 3,000 ducks harvested per year. Land tracts range in size from 40 to 480 acres. The plantation also is equipped with facilities and equipment for guided hunts, with two headquarters locations, common areas, utility hookups and storage facilities.

“Most of the tracts are 80 acres or less, and bidders can bid on just the combinations they desire. So if someone wants to purchase just a few acres or a couple thousand, he can do so. That allows people to participate who normally might never have an opportunity to own land of this quality,” said Spanky Assiter, of Assiter Auctioneers. “We could end up with one buyer owning the entire plantation or a number of owners with smaller amounts of land.”

The auction will begin at 1 p.m. Thursday, July 23, at the Holiday Inn Convention Center in Texarkana. Individuals seeking additional information may visit wilsonauctioneers.com or call 501-624-1825.