A friend who’s normally very astute got suckered in by this fake news story, which was pretty convincing on the surface.

This one has three red flags that I spotted right off. The biggest one isn’t visual, but rather is the content itself. The “blockbuster” nature of this item is suspicious. Banning the Pledge of Allegiance in public schools? Seems like something I should have seen someplace other than my Facebook feed. Anytime you see a story that makes you say, “Aha! I knew it,” it’s a good idea to look a little closer.

So let’s do, starting with the URL, which provides the second red flag. Seems plausible enough, but where’s the “m” in “abcnews.com? The “.co” extension is originally intended to denote that the site is in Colombia, but under today’s rules, anybody can register a URL using it. 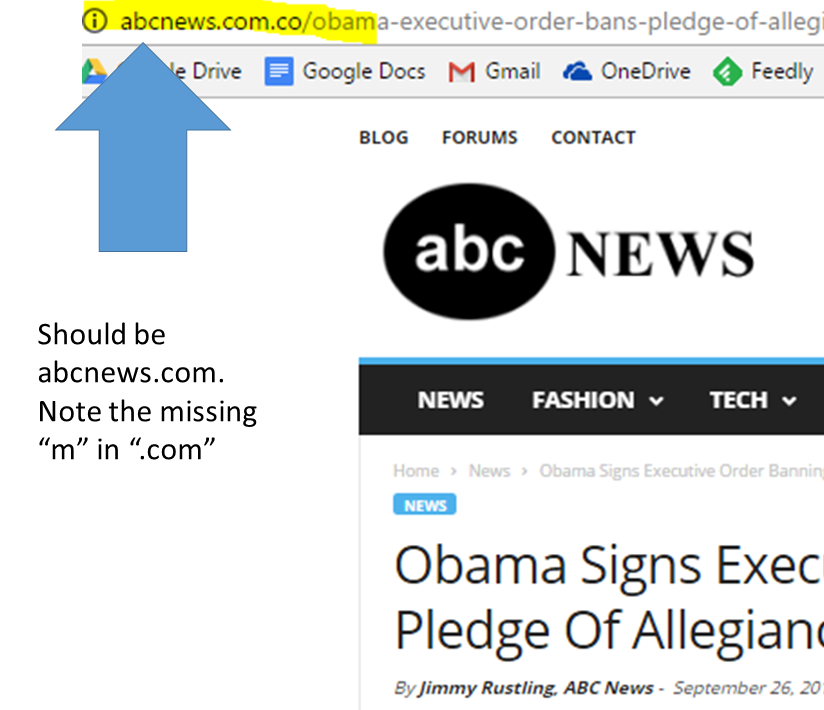 Check the real ABC News site and see if it looks different. Here’s what the real site looks like. Note that it actually comes up as “abcnews.go.com. So you know right off the bat that this story is coming from a phony site. If you’re really perceptive, you’ll also see that the ABC logo is different. The fake site leaves off the gradient and is an ellipse rather than a true circle. Major brands don’t allow this kind of monkeying with their logos.

The third red flag, which most people would probably miss, is that a story written by the news organization’s staff also has a dateline marking it as an Associated Press story. This simply isn’t done. Organizations that are part of Associated Press may use a story off the AP wire. In that case, it might carry an AP reporter’s byline or no byline at all. Alternately, an ABC reporter might make use of the AP’s work while adding the results of his own reporting. But in that case, it would no longer carry an AP dateline. 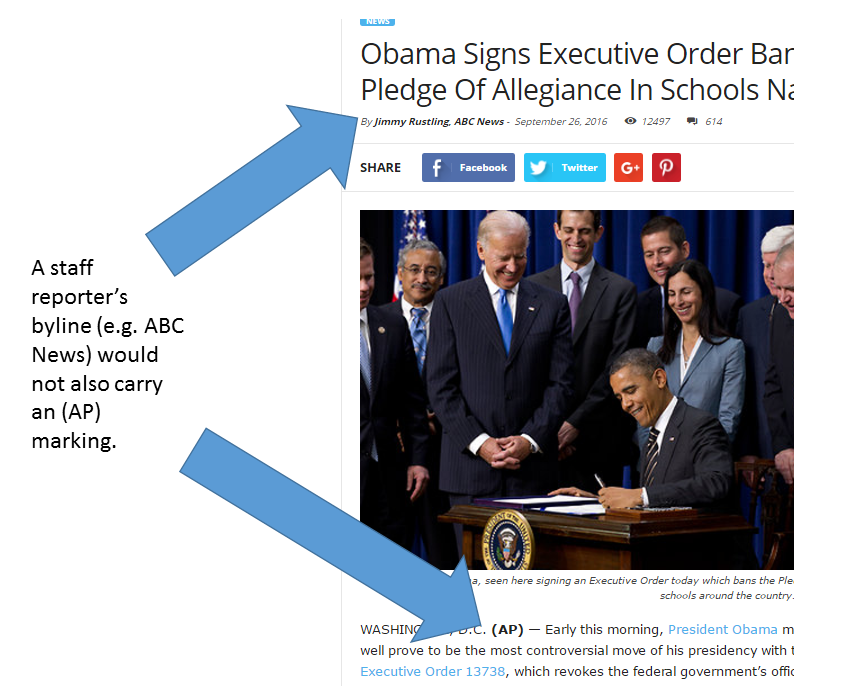 You may not always be able to identify exactly what’s wrong, but if something creates doubt in your mind, it’s easy to check the story on the very reliable Snopes.com website. Remember that when you share a story on social media, you are endorsing it as true. Every time you post a fake story, you put a dent in your reputation.