By Justin Ochs and Carl Carter

One of us is an evangelical, an IAC champion and a conservative Republican. The other is a liberal Democrat who never attended auction school and can barely pronounce Betty Botter. We see things differently. But we agree on one thing: Between us, we’ll have more good ideas and be able to influence more people than either of us will individually.

And as we look at the auction industry, we both think we need all the ideas, friends and influence we can muster right now. We face very real threats on multiple fronts, including unregulated online auction companies and estate sale businesses, and inexperienced realtors conducting auctions in non-licensing states. We also have to address vast generational differences in the public perception of the term “auction.”  It would be nice to have a broader reach, and more influence, than we do.

So where do we grow? We have some ideas about that.

As we began thinking about the membership of the NAA, we both shared an impression that NAA pros are whiter, more evangelical, and more Republican than the country as a whole. And yet, we see little evidence of discrimination or intolerance among individual members. Rather, we wondered if our homogeneity might reflect our geography. If so, then we might be able to kill two or more birds with one stone.

It’s impossible to miss the concentration of NAA members in rural areas of the Midwest. You can see this on the map below, which shows the states with 100 or more auctioneers. Sixty-two percent of our members come from these states. 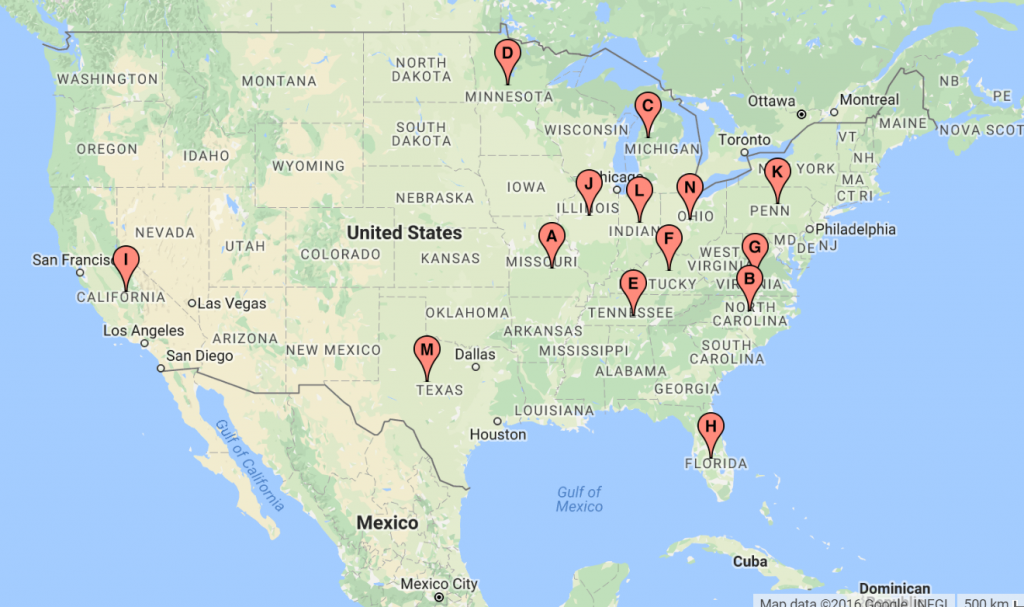 But this is only part of the story. This map tilts to the east because of the higher populations there. In fact, some of these states (especially California) have a relatively sparse NAA membership relative to the total population. So let’s look at the states where we have a higher density. We have eight states that have at least one NAA member per 40,000 people. Here’s how they look on the map: 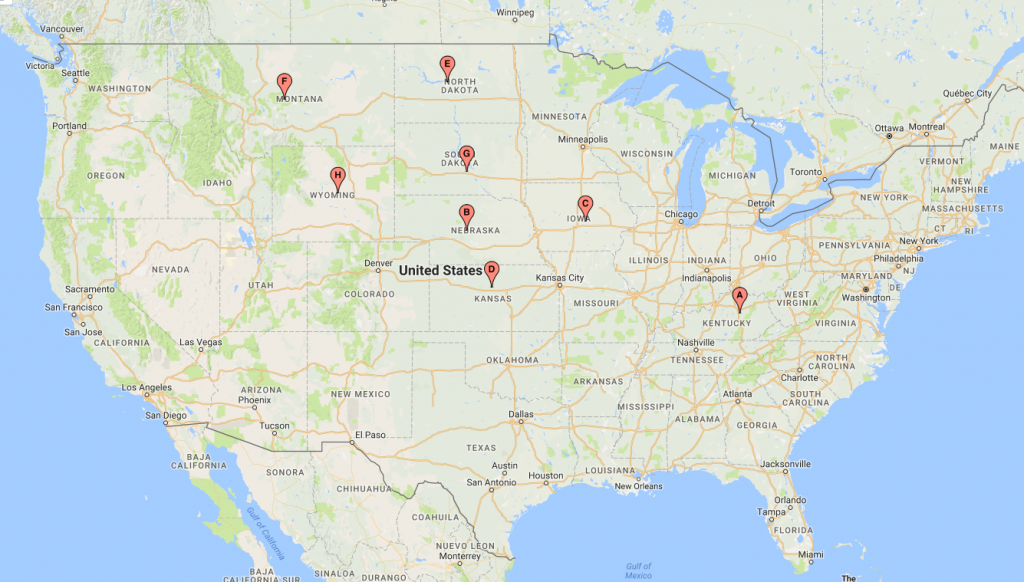 We decided to look at whether this “middle America” focus might also explain some of our lack of ethnic and political diversity. So let’s tiptoe carefully into those choppy waters. Neither of us knows a single auctioneer who wouldn’t love to have a steady stream of minority business, but it can be difficult to penetrate a market where we have to overcome racial and cultural differences we don’t always understand. One southern auctioneer confided that his state has a number of cities where the mayor and council members are all minority. Yet, he has been unsuccessful in finding a suitable black associate to help go after those cities’ surplus assets.

If you compare that second map to one with the recent election results, you’ll note that they’re all deep red — all going Republican in 2016. And if you compare them with Census data, you’ll see that they’re very white as well. Seven of the nine are 80% white or higher, and one — Montana — is 90% white. The auctioneer population inevitably reflects those demographics. Indeed, it would be unhealthy if it didn’t. But it can also be a weakness that presents challenge in penetrating new markets.

Now let’s look at the other extreme. We have 10 states where there is only one auctioneer per 160,000 people, or less. In some of these, NAA pros are scarcer than hen’s teeth. New Jersey, Delaware and Hawaii have less than one NAA auctioneer per 300,000 people. By the way, nine of those 10 states went Democratic, and they have major minority populations. The white population as defined by the Census is only 19% in Hawaii, 38% in New Mexico, 39% in California, and 58% in New York. Increase the NAA ranks in these states, and we’ll also be well on our way toward achieving more diversity. We’ll have more assets being sold at auction, putting commissions in the pockets of auctioneers who in turn are paying dues to NAA.

The NAA has not historically kept records on member ethnicity, but one measure anyone can see is the number of black auctioneers at Conference and Show. There simply are very few, almost none. Indeed, we sometimes seem to have more black attendees from other nations than from the United States.

This lack of diversity isn’t a matter of our having done anything wrong. It’s just the way we have evolved. But it also may limit our ability as an industry to sign up the large numbers of minority-controlled assets, and it constrains our membership growth. In short, it simply makes sense to fish in a bigger pond.

It seems like a no-brainer that one way to diversify our ranks is to push harder to help our members recruit in diverse states like New York and California, where the NAA population ranks are thin relative to the population. If we do a good job of attracting auctioneers in these states, it stands to reason that we would take in more minority individuals. That alone won’t get us to where we need to be, but it seems like a good place to start.

Sure, it’s easier to look around and recruit those who live near us and look like us. But doesn’t it make sense to cast a wider net? At the very least, we think it’s time to start having these conversations.