LOUIS, Missouri (July 21, 2016) — A virtual arsenal of Civil War muskets, pistols, swords, knives and other military and war relics is being sold in an online auction, which St. Louis auctioneer Rob Weiman called “a major event for civil war collectors.” 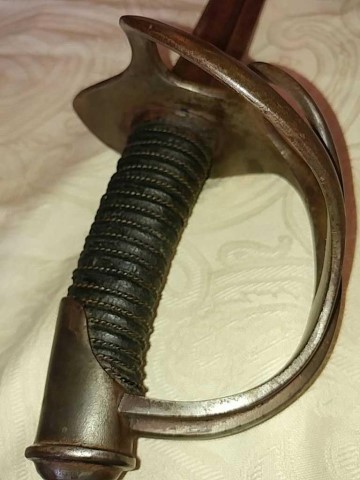 “This liquidation of a major collection is a rare opportunity for military collectors and museums to obtain pieces of genuine historical significance, primarily from the Civil War but also including later items such as M1 Carbines and a mint M-1 Garand that has never been fired,” said Weiman.

Bidding will run through Wednesday, August 3, at www.moundcityauctions.com.

“You could practically outfit a museum with some really rare items, such as an 1855 musket with a carbine stock, or even a pristine Civil War drum well as a photo of the Union Soldier playing it. In all my career, I’ve never seen anything like it. It’s amazing when you consider that virtually all of these items were collected by one person,” said Weiman.

This auction includes swords from Ames, Horstman and Tiffany.

Mound City Auctions, based in St. Louis, Missouri, is one of the nation’s leading auctioneers of military memorabilia, collectible comics, firearms, personal property and other items. The company has set more than 600 world records for prices on collectibles.