AMARILLO, Texas (Oct. 26, 2016)  — When folks pay $200 apiece to attend the Amarillo Cattle Baron’s Ball on November 12, they’ll be looking for a big-league show. And they’ll get it — not only from Nashville performer Canaan Smith, but also from the lead auctioneer, 22-year-old Julia Sparks.

If that seems like a young age for such a challenge, here’s the kicker: Within two years, she has gained a solid customer base and helped raise millions for nonprofits across the United States. Not bad for a recent college graduate still splitting time between work and school as she finishes her MBA degree from West Texas A&M. 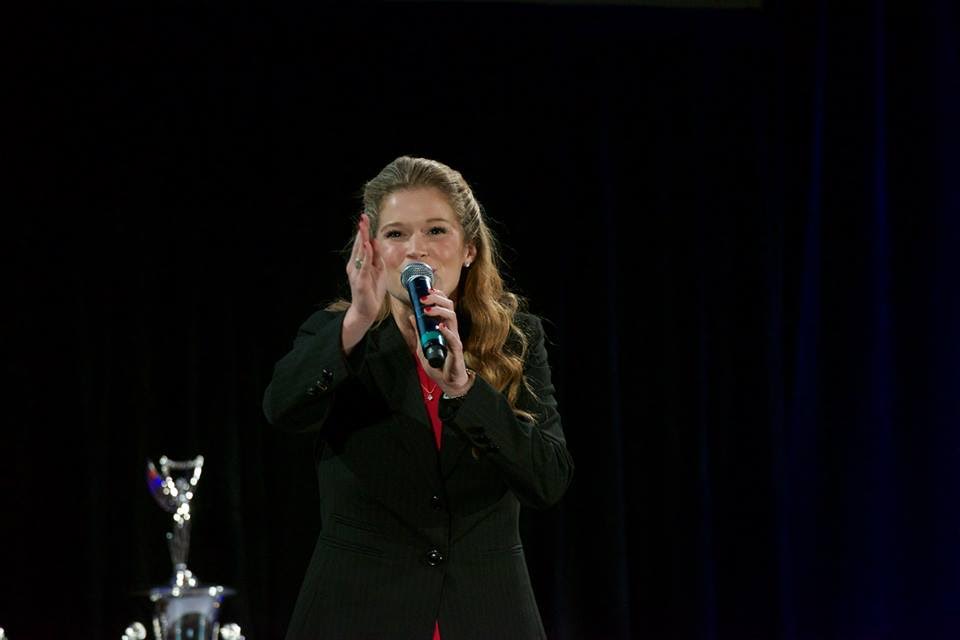 And they’re happy to yield the spotlight. Julia, who also joined Amy as part of the team that raised more than $1 million at the recent Dallas Cattle Baron’s Ball, is a seasoned pro with her own vision of where her career can take her. She is one of the youngest auctioneers ever to obtain the Benefit Auction Specialist designation, which is held by only 2 percent of the nation’s auctioneers. She’s also won the junior division of the International Auctioneer Championship and reached the IAC finals the last two years.

While Spanky and Amy are better known for selling equipment, collector cars, and real estate, Julia’s forging her own path in benefit auctions.

“I love selling real estate and cars, but there’s a special satisfaction in helping raise money for great causes like the American Cancer Society,” she said.

When Julia takes the stage at the Rex Baxter Building on Nov. 12 for the Amarillo Cattle Baron’s Ball, they’ll be seeking top dollar for a lineup of unique items, including a long weekend in New York City — with theater tickets; a Colorado elk hunt, including transportation by private jet; an excursion to Punta Mita, and other items.