JONESBORO, Arkansas (Sept. 29, 2017) — During the storied years following 1946, when Juan Peron was first elected president of Argentina, he and wife Eva Duarte were often seen in parades where they were cheered by throngs of admirers. During that time, one of their favorite rides was a 1939 Packard Super Eight.

The story of the Perons became immortalized in the Andrew Lloyd Webber musical, Evita, a massive hit on Broadway, and in the 1996 film starring Madonna. The auto will be sold at auction on Tuesday, Nov. 7, with SoldASAP conducting the event.

“The story of this car is almost as remarkable as that of the Perons,” said John Malone, president of the auction company. After Peron was turned out of office in 1955, the Packard  was sealed in a garage at a dog farm away from Buenos Aires, and ended up in an auction in Tulsa, Oklahoma, where Raymond and Carol Plaster bought it in 1983. They stored it in the garage of their home in Bull Shoals, Arkansas, and began the restoration, which took 19 years and more than 7,000 hours.

“The authenticity of the Packard is well established by the body modifications, the presidential seal marks at the rear doors and the motor number,” according to a 2004 article in The Packard Cormorant.

Individuals seeking additional information, including documentation of the Packard’s history, may visit www.SoldASAP.com or call 870-236-6117.

SoldASAP Auctioneers, based in Paragould, Arkansas, is a MarkNet Alliance member and markets real estate, vehicles, personal property and other items in live and online auctions. 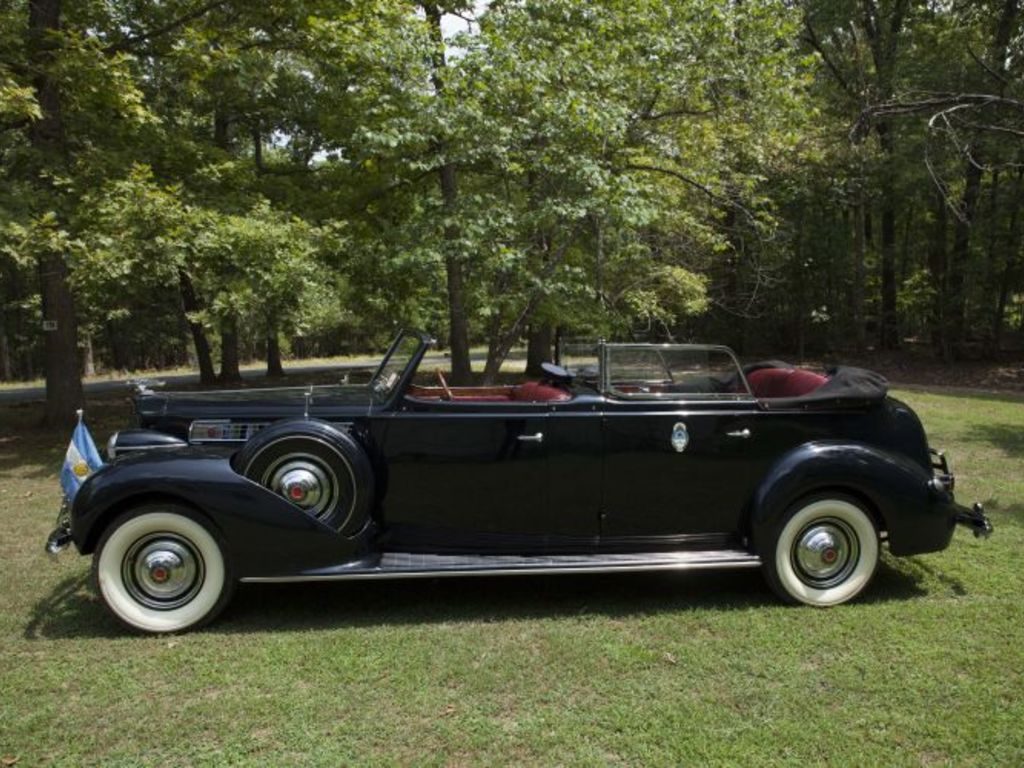