When we recently bought a new house, we had the traditional pre-closing walk-through with the construction supervisor. Once we were done finding the usual scratches and dents and marking them for attention, we settled at the island in the kitchen. The supervisor brought out two boxes and tossed them on the table.

“These help with your wi-fi,” he said.

“I dunno. But you can call the electrician and he can tell you.” I assumed they were signal repeaters of some sort. Nice, but my router would cover this one-story home just fine. 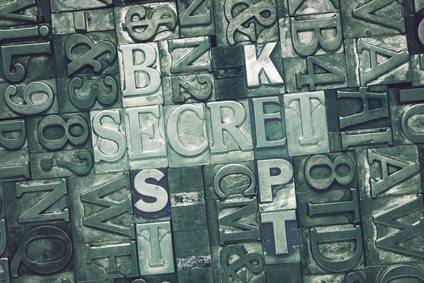 And we moved on. I called the electrician, who said he didn’t know what the little white plug-in gadgets were either. I set it aside until I started figuring out how to use the thermostat. Turns out I can put that on my wi-fi network, so I did. Now the thermostat, with its color touch screen, would show the outside temperature, a five-day weather forecast and even the current statewide radar. And it had a button called “Nexia,” but I didn’t know what to do with it.

I did recall seeing it written on those little white boxes, which were still in a kitchen drawer, doing nothing. I googled the part number and discovered that they were actually used as part of an impressive home-control system. By plugging a lamp into one of them, I could control the lamp from anywhere in the world, using an app on my phone.

This was getting interesting, so I started playing with the system. Turned out I could also turn the front and back porch lights on from my app. Or set them to come on if a motion detector picked up something when the house was supposed to be empty.

But wait. This thing had a lot more tricks. The Nexia site showed how one event could trigger another. A motion detector could send me a text and turn on a security camera to record whatever was going on.

I saw the construction supervisor and asked him about those features. “Yeah, but those require a special account. We just provide the basic setup.”

So what would that take? It seemed that for $10 a month, I could add up to 200 gizmos, which could interact with each other in all kinds of ways. Not a bad deal, really. But he was wrong. I didn’t have to spend a penny on the service, because the builder had paid for the full works for as long as I live here. When I found that hidden promo code, I was in business.

I ordered a camera so that when somebody walks up to the front door, I can see who it is from my office in the back of the house. (Or, for that matter, in a hotel room in Topeka.) Motion detectors inside the house can be turned on just when we’re away so that I’ll know immediately if an intruder is in the house. Eventually, a camera will start recording when that happens, but I’m taking things one step at a time. (I do have to buy the gadgets, after all.)

Turns out this system will control nearly anything if you install compatible hardware. Blinds. Locks. Doorbells. Door and window sensors. Theoretically, I can have the bathroom lights come on automatically when I walk in. Or turn on all the lights and stereo, raise the blinds, start the video and lock the doors if the motion detector anywhere in or outside the house picks up something.

But let’s not get carried away. A couple of cameras, motion detectors and compatible light switches will do for now. It cost me a couple hundred bucks for hardware, but the wiring and lifetime access to the full service were free.

The builder didn’t spend a fortune on all this stuff, but it was substantial. It should be a major selling point. But thanks to a total failure in employee training, he doesn’t get a lick of credit.

If you need help better communicating your company’s benefits to customers or employees, call Carl at 205-378-9290.