That, as best anybody can tell, is the number of journalists who have disappeared from the payrolls of America’s newspapers. In 2007 — about the time I first started writing about the problems that were ahead for newspapers — we had 55,000 working newspaper journalists, according to the American Society of Newspaper Editors’ national census. In the 2015 survey, that number was 32,900.

The difference: 22,100 souls. That’s 442 reporters per state. Imagine what 442 good reporters could accomplish in covering our government at all levels. 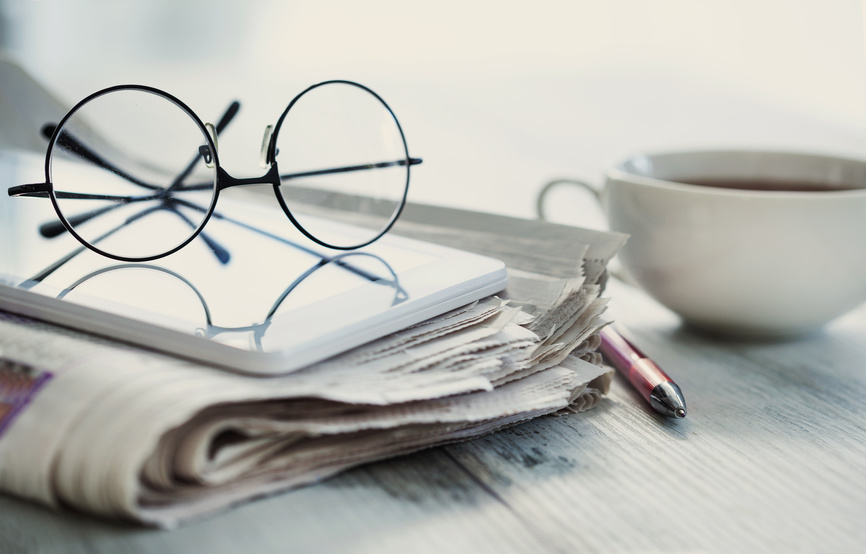 Here’s another perspective: The lost journalist jobs are 40 percent of the reporters we had just eight years ago. And they’re equal to 67 percent of the ones we have left.

The challenge, as I saw it back in 2007 and 2008, was that local newspapers, who provided the bulk of the reporting muscle in our communities, were starting to give away their news for free. They still owed massive amounts of money on big presses that printed a product that was expensive, messy and slow. For reasons that escape me, the theory was that they could give away their news for free on the Internet, and people would keep buying the paper version. They figured folks loved spending money on ink and paper so much that they’d never notice that you were giving it away free. So you’d keep right on selling it while you put it on the Internet and sold access to the throngs of people who would flock to your news site.

Then things went horribly wrong. Google and various portals started selling more targeted ads for a fraction of what they publishers had expected to get. Paper subscribers saw their papers getting thinner and thinner, so they decided they liked online news just fine after all. But when they dropped their subscriptions to Anytown Daily News, they didn’t necessarily go to AnytownDailyNews.com. Why limit themselves to one news source when there was such a big world out there? They started getting their news instead through Google, Twitter and Facebook. The newspapers had given away the only thing they had to sell – news – on the promise they could charge advertisers for eyeballs, and they couldn’t produce the eyeballs.

News became a commodity, only it was worse than that. Commodities generally sell to the lowest bidder, because one’s as good as another. In this case, there were no bids at all, because everybody was giving it away. The newspapers responded by cutting the quality of their product – firing reporters and editors, and cutting back coverage. They fired their more experienced people (to eliminate the bigger salaries) and abolished many of the beats. So twenty-something reporters hired for their social media savvy found themselves covering important stories without even knowing who the players were. Readers noticed, and they quickly lost what little brand preference they had.

In this environment, what’s to distinguish a noble tradition like the Chicago Tribune or Los Angeles Times (currently fighting a hostile takeover) from an upstart shoestring operation that has 22-year-olds and algorithms writing “paint-by-numbers” news? Not much. And so the newspapers – especially the mid-size local dailies – keep cutting quality. Eliminating bureaus. Ending staff coverage of suburbs and water boards, and county commissions – and then sending somebody over to do two interviews and a quickie commentary when things blow up.

So here we are. For several years, I tried to chronicle this struggle that I characterized as the search for a new business model, but eventually, it became too depressing and I gave up. The only business model anybody seemed to have was to keep cutting people and quality and wait for a miracle.

There are some things to give us hope. In my city of Birmingham, some suburban reporters fired by the Alabama Media Group (the sad remnants of what once was the mighty Birmingham News) have latched on with suburban weeklies and kept covering their old beats, albeit at a fraction of their former salaries. Alternative media are playing a more important role in at least providing some sustained reporting on matters of importance. More recently, some veteran journalists have launched BirminghamWatch, a non-profit, nonpartisan source of in-depth reporting on topics that matter. Things like the economy, the environment, education, and the state of our state.

I know these folks, and have worked with a number of them. Some are among the 22,100 who disappeared from the local papers, but they cared too deeply to just quit. They bring a profound sense of what’s important, and they have the experience to know what really matters and get to the bottom of it. Right now, BirminghamWatch is Alabama’s best hope for a future in which we have the knowledge we need to make good decisions.

For those in Alabama who care about our state, our government, our schools, our economy and our people, visit BirminghamWatch.com daily, as I do. Post it to your social media accounts. Learn more about their mission, and if you’re able, send them some money. But don’t ask for any favors. These folks may have a Quixotic bent, but you can’t buy them. And that’s exactly why you can trust them.

And by the way, nobody paid me to say any of this, or even asked me to. (Unlike them, I can be bought, because I’m a paid advocate. But not on this.) This isn’t about personal gain. It’s about love – for my state, and for the folks who care enough to step into this massive breach.