Twitter and Facebook have been around more than a decade now, and you’d think we’d have figured out how to use them. But as I write this, my social media feeds are filled with anger and frustration. People are announcing that they need a break from social media, and some of them are probably right. The Orlando Pulse shootings of 49 people have knocked away our veneer of civility, causing ugliness, hate and worse to spew out of folks who had otherwise managed to behave themselves online for years.

And even now, we face another five months of a very strange political season. So maybe it’s a good time to look at how we can get through this alive, and preferably emerge from the process with a few friends. 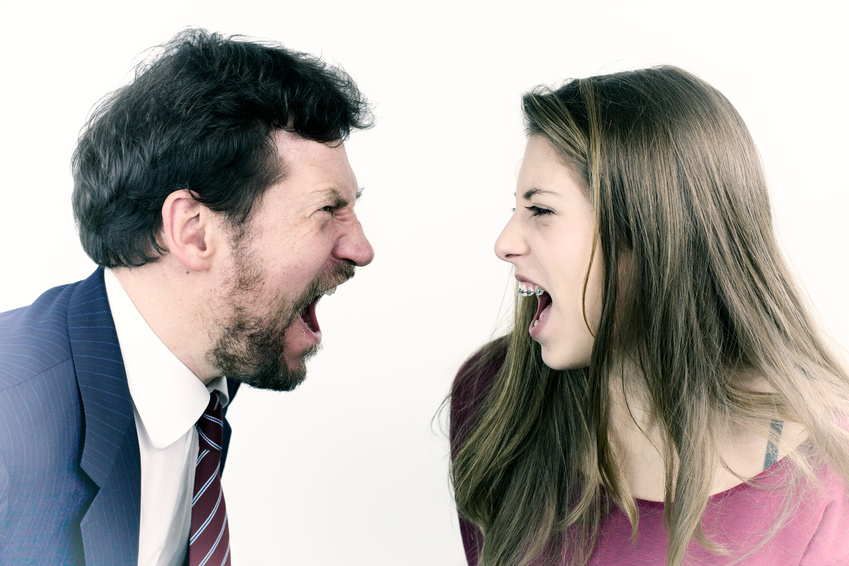 The best social media advice I know is 80 years old and came from Dale Carnegie: You can’t win an argument.

Even if you win, he said, you lose. The other person will be sore and angry. That might have been a big enough problem in 1936, when Carnegie wrote How to Win Friends and Influence People, but at least in those days you could go your separate ways and not be bothered with each other again, unless you happened to see each other at church or in the store.

On social media, we see each other every day. Somebody’s always watching. Always looking for something to get mad about. What they’re not looking for is somebody to prove them wrong or tell them what to believe. A Carnegie put it,

“A man convinced against his will,
Is of the same opinion still.”

So that’s it, then? We can only get along on Facebook if we never express an opinion?

I’m not ready to go there. Conversation gets pretty dull if we never say what we think. The trick is to express an opinion without being disagreeable about it.

It helps if you can keep a few basic realities in mind:

A single post has the ability to end your career, but not to launch it. There’s nothing brilliant you can say on Twitter or Facebook that will cause anybody to hire you, promote you, or give you more money. There are a great many things that can get you fired, or cause people to back away from dealing with you. When it comes to a single post, it’s all risk, no reward.

Today’s Outrage is Tomorrow’s Headache. Almost every week, we have a social media outrage based on some viral video, police shooting, story or photo that often turns out to have been bogus or at best half the story. When you see a social media mob forming, steer clear. Even if you’re outraged by something yourself, anything you might say is already being said. Let somebody else rave about animal killings, police violence, tone deaf politicians and whatever else has people around you worked up in a lather. The folks crusading about the outrage du jour often come off looking like they lack judgment and don’t have enough real work to do. They’re prone to say things that will come back to haunt them. Here again, we have that “all risk, no reward” thing.

The indirect approach is always safer. If you decide it’s worth the risk to comment on a currently trending topic, try sneaking into it through a side door – addressing it from an unexpected angle. My favorite way is to address something in the public arena from a media or public relations perspective, because that’s my area of expertise. I’ll sometimes comment on an official’s handling of a press conference, or I may venture an opinion about how the media will react. It’s a lot safer to say, “this is going to get some media blowback” than to say “Candidate X just said something really stupid.” Best of all, it’s usually non-partisan, because people of all parties are prone to say stupid things.

Nobody likes being told what to do or believe. You know that guy in the black suit with the big heavy Bible who’s always standing in the public square warning you that you’re on the road to hell? Yeah, the one you cross the street to avoid. Crusading in public social media areas is just as annoying. If you want to argue politics, there are thousands of groups all over the Internet where people come together for just that purpose. There are plenty of other closed groups for talking about religion and matters of faith. Preach in church. Sing in the choir. Wave signs at the political rally. But when you come into the common area, where folks are sharing pictures of their kids, get in the flow. If that’s too bland and trivial for your tastes, you can always go somewhere else.

A man’s feed is his castle. When somebody posts something in a public area, consider that his or her turf. There was a reason Facebook resisted having anything but a “Like” button on posts. The old rule applies: If you can’t say something nice, don’t say anything at all. The other person’s feed is probably visible to his or her kids, parents or customers. Nobody wants a scene in front of people they care about. They’re not in a position for a public scrap over your pet cause. Don’t do anything to embarrass or challenge them. You’d never walk up to a woman in the supermarket, with her kids standing there, and upbraid her for being a Democrat. So don’t do it online either. It’s exactly the same thing, only worse.

Eyes are rolling, even if you can’t see them. You don’t want people reading your stuff and saying, “There she goes again.” Anybody can mindlessly click and share memes, and you’re not impressing anybody by that. If you simply can’t help yourself and want to be counted on a trending issue, put a lot of thought in it. Research it carefully. Look for an angle nobody has brought up, or a fact that doesn’t appear to be well known. Then introduce your insight into the feed with humility and grace – and leave it at that. Don’t try to be funny or make it into a meme. Delete any trollish responses, without comment. Then it’s probably a good rule to let 48 hours elapse between such posts, assuming you engage in a more sociable way during the interim.

Like I said, we’re in for a long season that will bring a lot of tension and foolishness. We’ve all forgotten some of these realities from time to time, but that doesn’t mean we have to repeat our mistakes going forward.