“I’m taking a break from Facebook. I just can’t handle the negativity.”

I’ve seen more posts like that in the past two weeks than in the last year, and it’s easy to see why. Many of the political posts are coming from a different direction than they were until the election. It’s the nature of things. The “outs” are unhappy, so they’re the ones complaining, expressing outrage with each round of actions by the current administration.

It’s easy to forget that we’re just seeing a mirror image of eight years ago. Only then, the political posts were coming from the right. (I’m seeing some “disgusted with negativity” comments from folks who were pretty darn negative themselves until recently.) Every move President Obama made was interpreted as some evidence of his secret devotion to Islam or his disrespect for American traditions. We had the surge of the Tea Party, reacting to the government spending to extract us from the market crash.

Folks on the left didn’t like it then. Folks on the right don’t like it now. It’s baked into the cake. Just remember that we tend to make our on bed by how we behave online. Call it karma, reciprocity or the Golden Rule, there’s no escaping it.

So now, we all have to decide how we’re going to adapt to a social media world where the roles have been reversed. Here are some things I suggested a while back for those who either feel a need to express their political views online, or for those who object to it.

Do your own thinking, and state your own case. This may require a little work, but that won’t kill you. You’re a Democrat? Fine. Maybe you’re worried that tax cuts, increased military spending and a big infrastructure program will run up the deficit. Speak from your own experience. Recall what happened to your IRA when loose financial regulations tanked the economy.

If you’re a Republican, do exactly the same thing. Maybe your run a business. How will the current policies help or hurt it? What regulations are you glad to see go, and how will they help you make more money? Tell your story. In either case, you’re showing that you think for yourself and that you’re voting your self-interest (about which no one can quarrel).

Limit your political posting in your public feed. View your political posting as an extension of your responsibilities as a citizen, a voter and perhaps a person of faith. As a citizen, you presumably do lots of things. You go to football games and the Rotary Club. You sing in the church choir, cook all night for the community barbecue, and belong to the PTA. Your kid’s in gymnastics. There’s lots of stuff to talk about — good stuff that’s interesting and welcome to your readers. So why keep up a steady stream of political ranting that makes people wonder if you have a life other than obsessing about the day’s talking points? Breathe. Resist the temptation to weigh in on every manufactured mini-drama. Review your timeline now and then and do a mental count of the ratio of political posts to everything else in your life. If politics is more than 1 percent of your public feed, it’s probably too much. (We’ll talk about more private conversations later.)

Be positive and empathetic. Lots of people disagree with you on politics. Good people who have their own reasons for their outlook. They’re living their lives, making car payments, raising their kids, caring for their aging parents and making decisions that make sense to them. They don’t want you in their face every day telling them all the reasons they’re wrong. Give credit where it’s due. Acknowledge points that run counter to your own ideas. People respect people who listen and think. Remember that you’re talking to your friends, not your enemies. I don’t know about you, but I don’t have so many friends that I can afford to drive any away by calling them morons. I actually have seen people come over to my way of thinking, but never because I beat them in an argument. It usually happens when people find you civil and pleasant for actual conversation, and over time they consider points that had evaded them before. The old saying that “you catch more honey with flies than with vinegar” has a lot of truth. 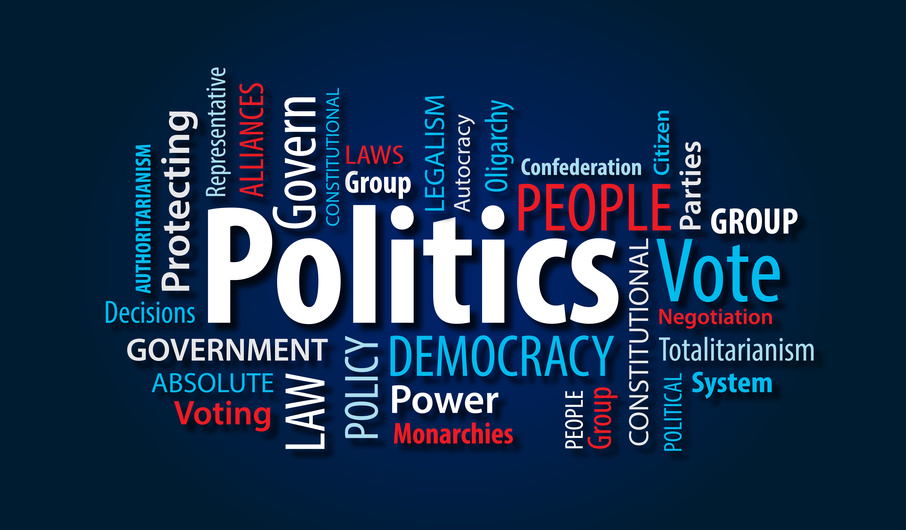 Avoid butting in. Folks are going to say things you don’t like. Let it go. If mud is going to be slung, let somebody else get dirty. A “live and let live” approach has saved me a lot of heartache, and probably kept me from losing friends. I regard your “feed” as your house. Your posts are likely being seen by your mother, your neighbors, your kids, your customers, your minister, and your poker buddies. It seems rude for me to jump in and insult you in front of those people. And it seems reasonable for me to expect similar restraint when you disagree with what I may say. If somebody posts a catty reply to something you post, you can usually quietly delete it. I do that if the reply is just an outburst without offering anything constructive. If the person has a point, I’ll usually just let it ride. It’s healthy to remember that the union doesn’t stand or fall on my Facebook feed, or yours.

Try to keep your different “worlds” separated. I serve a client base, and live in a neighborhood, that are heavily Republican. I attend church and community events with people who lean more to the left. I’m politically active in my community. Mixing these worlds is a toxic stew, so I do what I can to keep these worlds from clashing. There are a lot of ways to do this, such as using Facebook lists to limit visibility of any given post, pursuing narrower interests in group pages that aren’t open for the world to see. This is just an extension of what we do in our day-to-day real lives. We don’t all sit at the same table of a restaurant and shout across the room, inviting all to butt in. We get a corner booth and enjoy nice conversation with compatible people. Look for ways to recreate that dynamic online. In doing so, be mindful of the policies of the various social media platforms. For example, it’s common to see advice to keep your personal and business accounts separate, but Facebook’s terms forbid two accounts for the same person.

Keep in mind, that while I’m offering suggestions for how you can safely touch on political topics, I’m not necessarily saying you should do it. That’s your personal choice. But if you follow these guidelines, you can probably do it in a way that commands respect and prevents burned bridges.