Reporters don’t hate all PR people. They just hate the bad ones. Here’s how to stay on their good list. 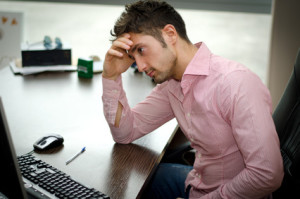 Save the reporter time. News media have cut their staffs dramatically, and reporters are stretched so thin you can see through them. Give the reporter what he or she needs, the first time.

Don’t start conversations you’re not willing to finish. If you send a press release that leaves out essential facts (especially who, what, when, where and how), your release will probably go straight into the trash. If your story is so thin that it’ll fall apart if the reporter asks a question or two, you don’t need to be pitching it anyway. Even worse, you’ll get written off as a squirrel.

Think about whether you’ve ever read a news story like the one you’re pitching in that publication. If they haven’t written stories like yours before, they probably won’t start now.

Respect their policies and decisions. Many media have policies for what they will cover. Often, they won’t cover a certain type of story because it’s too common or because they’ve been burned. It doesn’t matter whether a rule is fair or not. The only correct response to a policy is, “I understand. Thanks for your time.”

Never argue. Dale Carnegie said “you can’t win an argument,” and that’s especially true when dealing with media. They own the press or the airwaves. They set the rules. By arguing, all you’ll do is create an enemy and close off future opportunities.

Be friendly but not familiar. The reporter’s not your buddy and doesn’t want to be. He just wants an easy story. Give it to him or leave him alone.

Things that will kill your story and make you unwelcome in the newsroom: