Newsrooms have fired so many journalists that nobody can keep count any more, but as best I can tell, we have about half the reporters we had six years ago. And they’re having to do a lot more — not only writing, but publishing and promoting their stories. Try to imagine doubling your responsibilities and cutting your day to four hours, and you may get an idea what reporters are up against nowadays.

You can only survive that kind of situation by cutting some things out. So here’s a list of things reporters don’t have time for any more. The more you empathize with their plight and accommodate their need for good, fast, easy stories, the better you’ll do with them.

Deep background. When I was a beat reporter an eternity ago, it paid to become an expert in what you were covering. You lived with it. Talked with your regular newsmakers every day. Went by to visit. Studied your topic. We had an environment reporter with a degree in environmental science. A music critic with a musicology degree from Harvard. Several reporters who majored or minored in political science. You’ll still find a few subject matter experts on very large newspapers (over 150,000 circulation, I’d guess). But for the most part, you’re safest to assume the reporter interviewing you today about a business story will be writing about a murder trial tomorrow. Just give her what she needs for today’s story and get off the phone — fast.

Fixing holes in your release. The old mantra of news basics hasn’t changed in a century — who, what, when, where, why and how — the proverbial five W’s and an H. Only go light on the why. That gets short shrift in a world where you have a half hour to write, post, tweet and get photos for your story (see “Deep background,” above). The H may be expendable, too. But give it to them straight out in your news release. Leave a big hole and the reporter will delete your email and move on to an easier story. 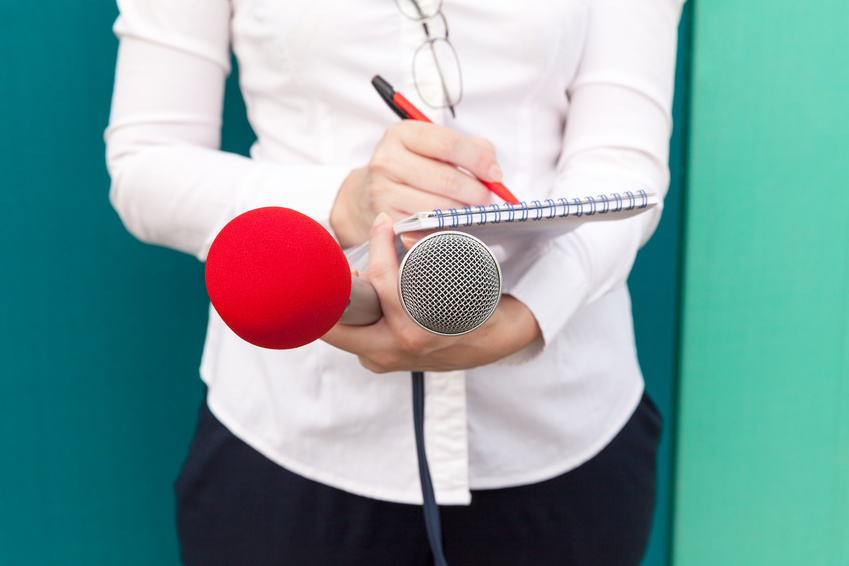 Covering your event. You’re kidding, right? You really thought a reporter was going to spend three hours covering your civic club speaker or riding around with you to look at a construction project? Here’s a better idea. If you know how to write a news story and the reporter has demonstrated some respect for you, offer to write up a few paragraphs as a courtesy. If they bite, play it straight and keep it short. Email it to them shortly after the event, and send them a picture if they’re interested. Leave your name off it. This can be welcome if you’re simply providing a helping hand. But if your story has one extra adjective or marketing gloss the reporter wouldn’t have written, you’re probably done with that reporter forever.

Balancing your release. If your release is clearly self serving, the reporter will need to balance it out by pulling up some previous coverage or by calling local sources who may not have your best interest at heart. Sometimes there’s not much you can do about this, except to develop an instinct for avoiding anything that might be regarded as only half the story. The risk of this is multiplied by missing essentials. If you’re missing one of the W’s described above, a good reporter will want to know why. Then she faces the choice of trashing your release or probing to fill the hole. The trash basket will win most of those contests.