“Our market is different.”

“We can charge higher prices because we’re better.”

These are some of the things I hear from a company that is either in decline or headed for a fall. I’ve had an up-close view of several of them. Some were in declining industries. Others had just failed to adapt in industries that were changing. All are either gone, swallowed up or a shell of their former selves.

You quit listening. Customer feedback becomes a nuisance. There are just some people who’ll never get it. We don’t need them. Our customers are loyal, and they’ll never leave us. We’re just in a down cycle, that’s all. 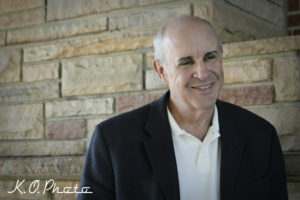 You quit learning. At some point, you’ve enjoyed enough success for long enough that you decide there’s nothing anybody else can teach you. You quit reading the trade journals and cut back on continuing education. Your standard answer to employees is “we don’t need that.”

You stop responding to market changes. There’s a lot to be said for sticking to one’s knitting. But sometimes, you look down and see that the ball of yarn is getting pretty small, and you don’t know where you’re going to get your next one. And nobody bought that last batch of scarves. Oh well, their loss. You don’t think to notice that nobody’s wearing scarves any more.

You accuse competitors of cheating. I saw this in spades in the 1980s when I was in a major telecommunications company. Startups and cell phone companies were eating our lunch. Banks were putting in their own data lines, and installing microwave dishes for private long distance communications. We labeled competitors as “bypass companies,” suggesting there was something underhanded about what they were doing.