DALLAS, Texas (Oct. 19, 2016) — When it comes to fundraisers, they don’t get any bigger than the Dallas Cattle Baron’s Ball. After the 2015 auction in which Wendy Lambert and husband Doak Lambert raised more than $1 million, the organizers of the ball invited the couple to reprise last year’s performance.

But when she heard the date during a meeting at the organization’s Oak Lawn offices, she realized that Doak was already booked for the night. She thought a moment, looked around at the predominantly female committee, and floated an idea: “How about two female auctioneers this year?”

Not just two females, but two international champions. Lambert proposed enlisting her close friend Amy Assiter, from Canyon. The organizers agreed enthusiastically, and the Oct. 15 event at Gilley’s Dallas attracted a crowd of 2,500. More importantly, the auction raised $1,001,000 for the American Cancer Society. 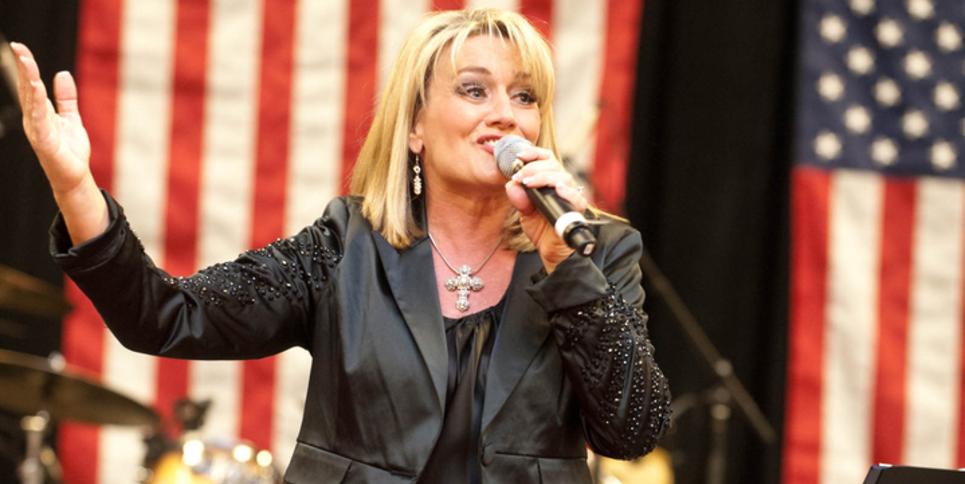 “This cause was really important to both Amy and me, and fundraisers don’t get bigger than the Cattle Baron’s Ball, which has become the American Cancer Society’s largest single-night fundraiser. That’s a big responsibility, so it was a great feeling to top $1 million again at the event,” said Lambert, who is one of only 2 percent of the auctioneers in the country with the Benefit Auction Specialist designation.

Just for good measure, they added a third female world champion — Amy’s daughter, Julia Sparks, who won the junior division of the International Auctioneer Championship. Julia, working the floor as a bid assistant, was one of a crew of 20 in all.

“It was just an incredible night to get dressed up with one of my best friends and my daughter and raise funds for such a worthy cause. I’m hoping we’ll be able to team up again in the near future,” said Amy. Meanwhile, she’ll get another opportunity to team with one of her favorite partners in November, when Julia joins her mother on the stage to auction items for the Amarillo Cattle Baron’s Ball.

Lambert is co-founder of Lambert Auction Company, which specializes in fundraising for nonprofit companies nationwide. Individuals seeking additional information may visit WendyLambert.com.  Amy Assiter is co-owner (with husband Spanky) of Assiter Auctioneers, based in Amarillo.