MORRISTOWN, Indiana — Productive farmland, fenced pasture, woodlands, and commercial buildings will be among the properties offered at auction February 28 in Indiana’s Hancock and Shelby Counties. Schrader Real Estate and Auction Company will conduct the auction.

“This will be an opportunity of interest not only for farmers, but also for investors, developers and industrial buyers. These five farms and six commercial properties — 830 acres in all — had been acquired over the years by the family that owned CGS Services (formerly Caldwell Gravel Sales) but were not integral to the business itself and were not sold with it. The farms are in the Morristown area, less than an hour southeast of Indianapolis,” said R.D. Schrader, president of the auction company. 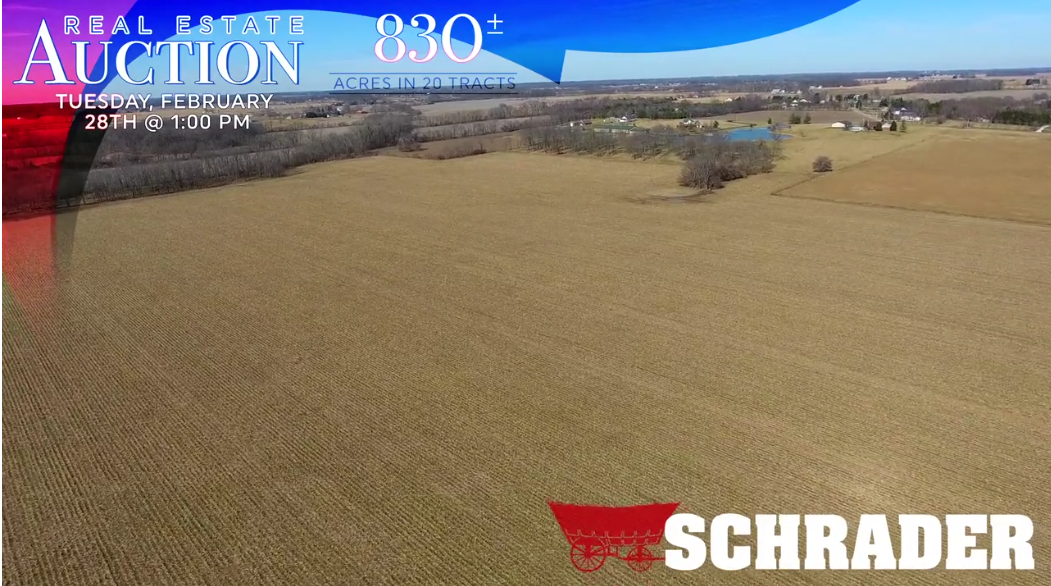 Schrader Real Estate and Auction Company, based in Columbia City, Indiana, is a leading auctioneer of farmland, real estate and equipment throughout the United States and is a five-time USA Today/National Auctioneers Association Auction of the Year winner.