COLUMBIA CITY, Indiana (Feb. 18, 2016) — Three farmland auctions in two days – two in Illinois and one in Ohio – achieved results that may point to continued demand as spring planting approaches. All three were conducted by Schrader Real Estate and Auction Company. 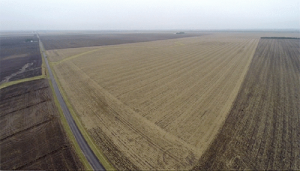 chrader’s auction of 241 acres resulted a sale for $2.8 million, or $11,574 per acre, with an investor emerging as the successful bidder for the three tracts. Later the same day, another capacity crowd turned out in Bureau County for the auction of 271 acres. That land, offered in four tracts, went to three different buyers for a total of $2.695 million, with an investor purchasing 157 acres for $1.7 million, or $10,786 per acre.

“I can’t overstate the response and the intensity of the competitive bidding we saw. I think maybe that with the declines we’ve seen over the past few months, investors are seeing an opportunity to buy,” said R.D. Schrader, president of the auction company.

“We’re seeing some results that you wouldn’t expect based on some of the commentary and forecasts I’ve been seeing. Nobody can predict what’s ahead, but the reality we’re seeing on the ground is that farmers and investors alike see farmland as a good long term investment. While it looks like corn and soybean prices will remain soft, land still looks attractive, especially in light of the recent volatility of the stock market and the near-zero returns on CDs,” he said.

Individuals interested in additional information may visit schraderauction.com or call 800-451-2709.

Schrader Real Estate and Auction Company, based in Columbia City, Indiana, is a leading auctioneer of agricultural land throughout the United States and is a five-time USA Today/National Auctioneers Auction Marketing Campaign of the Year winner.