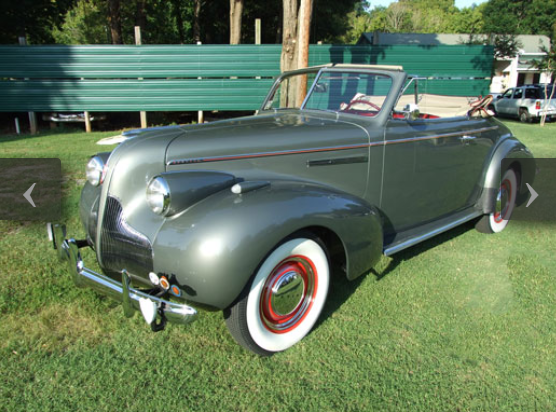 MARTINSVILLE, Virginia – When the Japanese attacked Pearl Harbor, naval officer Dee Venter worried that his new car would be among the victims. The 1939 Buick Model 46C was parked by the dock while Venter was away on the USS Pensacola, which had left six days earlier.

But against all odds, the attacks left the car unscathed, and it eventually returned to the United States. Now, owner A.C. Wilson, who is retired from the quarry business in Henry County, is preparing to sell the car in a Woltz & Associates auction Saturday, Dec. 6.

“Mr. Venter traded the car to Mary Bullard, who was the wife of a shipmate and also happened to be my cousin. Mary brought it back to the United States. They drove it all over the country, starting with a cross-country trip from San Francisco to get it back to Virginia. It served them well for more than 15 years,” said Wilson.

Wilson said that after retiring the car from day-to-day use, the Bullards sheltered the car in a barn until he obtained it from them in the 1970s.

“This car has really had a charmed existence,” said Jim Woltz, president of the auction company. “First, it survived Pearl Harbor, then returned to the United States, where it was finally restored with great care and attention to detail. In all that time, it has had only three owners,” said Woltz.

The Buick will be among more than 70 classic cars in the auction, which also includes a restored 1969 Buick Convertible Electra 225, other Buicks, Cadillacs, Pontiacs, Lincolns and a 1948 Willys convertible hot rod. Many of these cars may be suitable for Rat Rod and Lowrider conversions.

The auction will begin at noon Saturday, December 6, at 184 Tensbury Drive in Martinsville. Woltz personnel will be available to accommodate inspections of the autos from 1 to 4 p.m. Nov. 21, and Dec. 5, and from 9 a.m. to sale time on Dec. 6.

Those seeking additional information may visit www.woltz.com or call 800-551-3588.

Woltz & Associates, based in Roanoke, is one of the nation’s leading auctioneers of mountain land, timberland, farms, homes, commercial properties and other high-value real estate.