In 1984, I left journalism and crossed over to the “dark side,” starting with a telecommunications giant. We did a big press release on a new data product, and I got a call from a guy named Frank who had only one question: “Who made the wire?”
Welcome to the world of trade media, kid. We’d give you a rule book, but there isn’t one. You’ll have to figure it out as you go along. Rule One, though, is that trade editors live and breathe what they’re writing about, and you can’t bullshit them.
Point is, many assets you sell also appeal to one or more segments of trade media. Because I do a lot of releases about farms, agriculture pubs are a common example. But on a given day it can be something as arcane as aquaculture, industrial drill bits, education or distilling. As a bonus, a lot of people overlook them, so they’re not swamped in releases like a lot of general media.
In this case, the client has a blues club to sell. And who might want a blues club? Somebody who already owns a few. So I reached out to some key trade media, resulting in this hit within three or four hours — on top of two nice local stories. 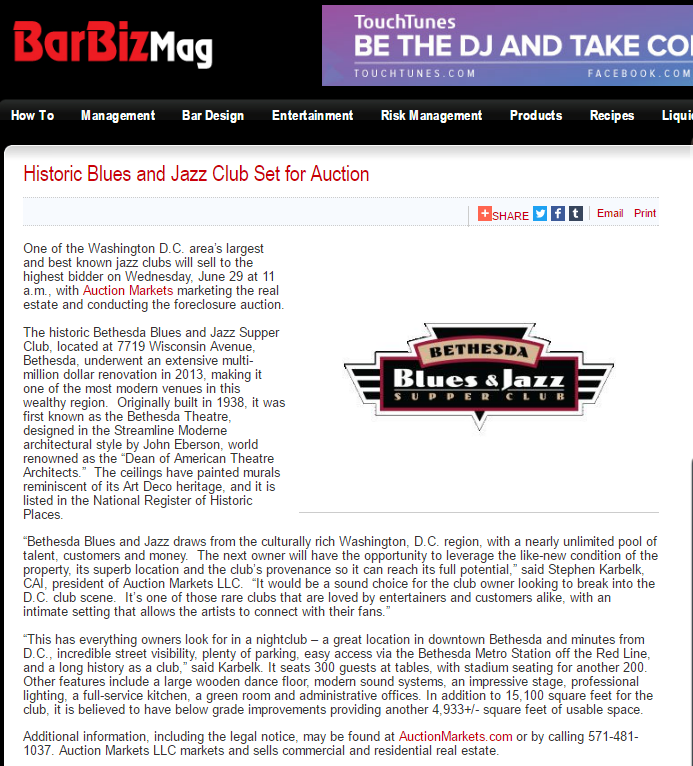