You have a cause. You’re frustrated and want the world to know. So you take over a public park. Or you sit through the playing of the National Anthem before playing in an NFL game.

You get attention. Good for you. But at what cost? What’s your end game? From a public relations perspective, I would argue that the current protests will come to a sputtering end without bringing about major change, because they’re failing to do three basic things that would give them a serious shot at success.

When the Occupy Wall Street demonstrators set up shop in Zucotti Park in 2011, they proclaimed that they were “the 99%” who are underpaid while corporate executives were awarding themselves massive salaries and bonuses. They had a point about income inequality. Similarly, the athletes sitting and otherwise showing disrespect for the flag are seeking to call attention to police violence against African Americans. (In some cases, it’s being expressed as “social injustice,” which doesn’t lend itself to clear remedies.) In either case, protesters can point to mountains of specifics, such as widening pay gap numbers or data showing that black defendants tend to draw harsher sentences and serve more time than white counterparts. But in either case, exactly who do you see about fixing that? And how will you know when it’s been done? In short, what’s the end game?

Occupy started with a bang and hung in there longer than I’d have expected, but eventually the occupiers wore out their welcome. Local authorities around the country gradually lost patience and pushed the “occupiers” into smaller and smaller places, where they attracted less and less attention. And the movement never had a realistic, achievable objective it could point to and say, “when we get this, we’ll go away.” What we saw instead was a painful fizzling over months. 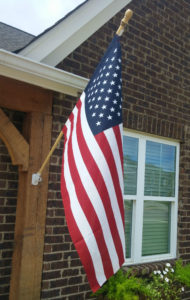 Preserve the relationships you’ll need to accomplish your objectives.

Whatever you are after, there are people who can help you or stop you in your tracks. But when you take their park, block and litter up the entrance to their workplace, or disrespect things they hold dear (notably the flag), you’re not winning any friends. Civil libertarians will speak up in favor of your right First Amendment rights to peaceably assemble and express yourself. But they’re not the ones who will solve these problems. You’ll need business leaders, investment fund managers and politicians on your side. But if you’re blocking the door to their workplace, taking away their park or working their constituents in a frenzy, they’re not going to lift a finger to help you.

Fit the protest to the condition you seek to change.

When Rosa Parks sat in front of the white line on a Montgomery bus, she knew exactly what she was doing. She called attention to the many injustices of a society that allowed discrimination based on race. A very young Martin Luther King Jr., new to Montgomery, took the reins and organized rides for blacks who chose to apply financial pressure to the bus system. It also pointed to the injustices of segregated society where African Americans couldn’t use public restrooms or patronize “whites only” businesses. Within a decade, we had the Civil Rights Act of 1964.

Protests have incredible power, but without these three elements they’re pretty well doomed to failure.