Remember that first time you got knee-walking drunk, hugged a toilet all night and swore the next morning you’d never touch alcohol again?

A lot of folks are feeling that way about the news now that the elections are over. After weeks of binging on every scrap of news, every new poll and every new round of email leaks, we’re left with a huge void in our lives. If our candidate won, we may want to spend a few more days savoring the moment by tracking every movement of the transition. But the reality is, our appetites for news have just taken a huge nosedive. A dose of news for me right now has all the appeal of a glass of cheap whiskey in mid-hangover. I know a lot of folks who are feeling the same way.

So it’s a great time to talk about how we consume news, and maybe start to form some new habits, starting with how much we take in.

And here’s the reality. When we’re binging (and let’s admit, most of us have been), most of us read news far too often, and much of it from unreliable media at that. We click madly on headlines in our Facebook and Twitter feeds and end up on sites we’ve never heard of. Indeed, in the last days of the campaign, there was a flurry of stories about the glut of fake news sites, where stories were being made up of whole cloth, either for political reasons or (mainly) to generate clicks for pages with advertising. We stay glued to our favorite cable news channel, eager to make sure we didn’t miss anything.

What some of us were missing was our lives. We ate our meals in front of the TV set, sometimes with a “second screen” reloading news sites or keeping a watch on our Facebook feed. We barely spoke with our spouses, and didn’t listen like we should to the stories our kids were telling. We let our spirits rise and fall with the latest detail. 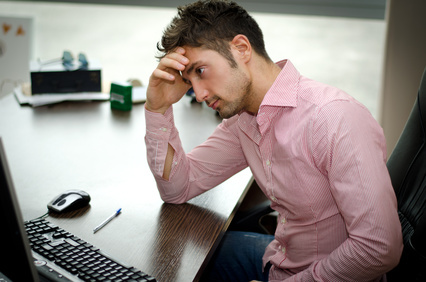 We got addicted. Now our supply is cut off, and some folks are acting funny.

Fortunately, there doesn’t seem to be a chemical element to this, so we can probably work things out without rehab or a 12-step program. Let’s give it a try.

So here’s Carl’s program for bringing our news habit back under control.