Like a lot of World War II veterans, my dad came home with a lot of stories. Good ones, too. He could keep people entertained for hours, talking about quirky characters, lucky breaks, and ironies of life in the Army.

And if you didn’t think too critically about it, you might never notice that there was never a tale of bullets whizzing by, or bombs dropping. That’s because Dad never got anywhere near the front. He spent his time in the Army at Atlanta’s Fort McPherson, 25 miles from his family’s home in Douglasville.

Dad never did anything significant during the war. None of his stories has any importance in the usual sense. But they worked. They opened doors for him, earned him friends. Made him unforgettable.

I tell stories, too. Stories that get repeated and get people’s attention. Some are important, but most aren’t. Not really.

I’ll often have a client who wants to promote an event but worries that it “isn’t newsworthy.” But what folks overlook is that there’s a big difference between newsworthy and story-worthy. I tell stories that frequently show up in newspapers and on TV, but they’re almost never newsworthy. In that sense, I’m pretty sure Dad influenced my basic approach to public relations. 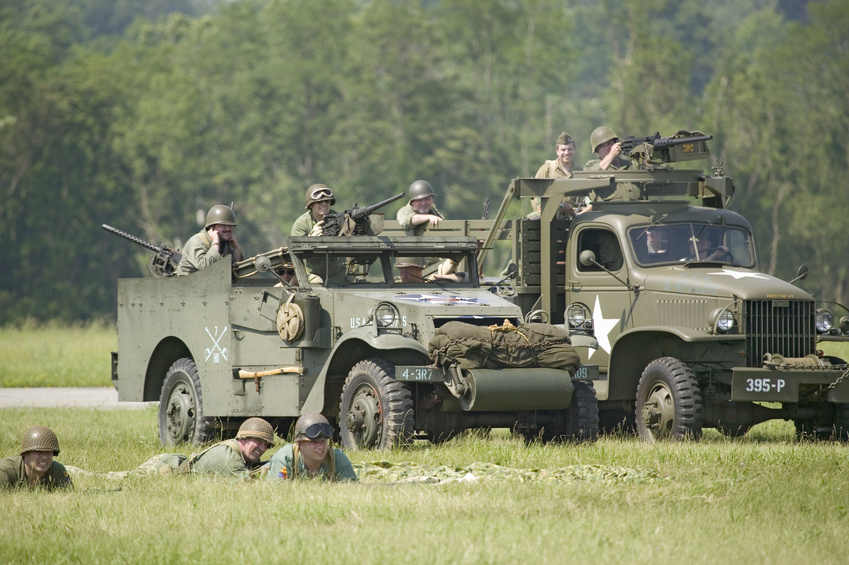 And while I have a more specific purpose to the stories I tell, I start pretty much the way Dad did. He’d look around for the interesting things happening around him. There was the guy who bragged that his family’s connections would certainly keep him out of combat. Dad, by contrast, was the son of butcher with limited influence. But he finagled a job nobody else wanted – guarding the women’s brig as an MP. It was pretty much a 9 to 5 job by Army wartime standards, so he was home every weekend, hanging around his dad’s butcher shop. Or grabbing a Friday night hot dog at the Varsity Grill. Then he’d come to the punchline: The guy bragging about his family’s influence showed back up a couple of years later after his time on the front lines. And Dad was still there, still watching the women and chowing down on Varsity dogs.

Not much of a war hero story, to be sure. But Dad entertained a lot of people with it, and with others. Because he knew how to spot a story, how to package it, how to tell it.

Like a lot of other public relations professionals, I spend a lot of time focused on measurement, data, social media metrics, and web analytics. Whenever possible, I follow the classic strategic framework for public relations – Research, Planning, Implementation and Evaluation. I’m constantly measuring my results, providing my clients with data that helps them gain the confidence of their customers, such as those who are selling assets at auction.

The mistake I see a lot of younger colleagues make is focusing so much on the measurement that they pay too little attention to the human side of things. A set of high-ranking words might show up in more people’s Facebook feeds, but it won’t inspire them. It may not stimulate them to action or get passed along. They may not even remember it. For that, it’s hard to beat a good story.

The data tells me a good story gets clicks, and it gets passed along. It keeps people engaged longer.

By all means, do the planning and evaluation. Keep track of the metrics. But don’t forget to give yourself something to measure.

A good story just may do the trick.