All over the country, we have people calling themselves “PR professionals” who are doing things responsible public relations professionals don’t do. It’s time for the real ones to stand up, admit the problem, and say what we stand for.

It’s not just a matter of opinion. We have standards, which are well expressed not only in textbooks but in the professional code of the Public Relations Society of America. In theory, accredited professionals can lose their credentials if they violate the code, but we never enforce it. I can advocate, but I can’t change that. All I can do is express my opinion as to what we should do.

Lest this stuff get too complicated, let’s just look at a couple of the rules, and what the code requires of professionals.

Working for  “false fronts” and “astroturf” organizations with hidden ownership. The PRSA Code specifies that professionals “reveal the sponsors for causes and interests represented.” This means, for example, that any time I’m communicating on behalf of someone who is paying me, I disclose who that is. I don’t pretend I’m just pursuing the public interest out of the good of my own heart. I’m representing someone. You have a right to know who, and you always will. This hasn’t always been the case. When I was in my first public relations job, one of our projects was to promote a “grass roots” organization of people who supposedly were advocates of eliminating flat-rate phone service and moving to service based on usage. It was a reasonable enough cause, but the truth of the matter is that there was no grass roots uprising of people begging for an end to their flat rate phone service. It was all our company. We recruited among our tens of thousands of companies. I have no idea how many really believed the party line. That didn’t matter. They had good jobs, with great benefits. If your supervisor called a meeting in company facilities on company time, as they did, you fell in line. You did what you were told. 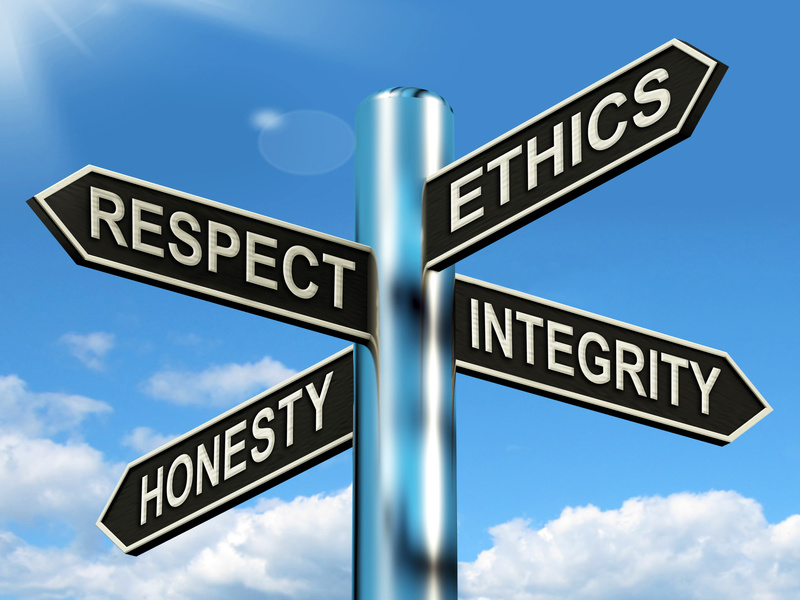 Today, corporations, political PACs and many other groups are routinely creating LLCs and corporations that seek to present themselves as independent coalitions of citizens genuinely seeking to make it a better world. I don’t care if the world they seek is better or not. PR professionals who help create and represent them are acting in either ignorance or ill will, and I don’t accept them as colleagues. They may learn, grow and do it right at some point. I had to. There is room for redemption. But as they are now, I don’t want them using the name of my profession for what they do.

Lying. I could come up with a more polite word for it, but there are a lot of folks going around telling lies and calling themselves PR professionals. What does the PRSA code have to say about them? It says professionals must (1) be honest and accurate in all communications; (2) act promptly to correct erroneous communications for which the member is responsible; and (3) Investigate the truthfulness and accuracy of information released on behalf of those represented. Taken as a whole, those requirements strip away our excuses. We have to tell the truth. Not just the truth as we know it, but the truth that exists. We have to ask probing questions, and if our employers or clients are evasive, we have to ask some more.

Sometimes, we have no choice but to walk away. I’ve quit lucrative jobs and clients who fed me false information. I’ve pushed back. There was the client who had me promoting a drawing to award a nice prize to one of its customers. Problem was that when I proposed the methodology for ensuring the integrity of the contest, the client cut me off. “We’re going to give it to the client who does us the most good,” he admitted. And that was that. I don’t even know if the company exists any more. I don’t care.

Most of the time, I’ve won by convincing the clients they would be better off in the long run by telling the truth. Sometimes I’ve resigned. Some of those decisions have cost me a lot of money. It comes with the turf. If you’re in the business of building and maintaining relationships, you have no choice. Relationships based on lies are doomed from the start. They may seem to prosper for a while, but it’s just a matter of time.

Am I being too much of a stickler? I don’t think so. If I people don’t believe me, I’m useless. Doing it right is a matter of survival — for me as a public relations pro, and for the profession.